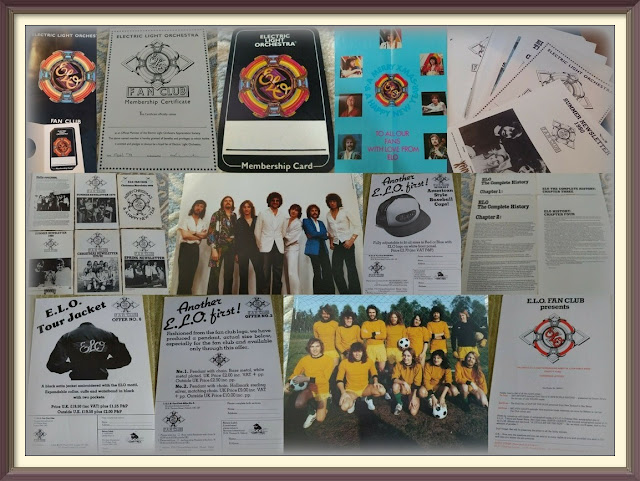 #1,646: I still remember opening up my copy of the Three Light Years (JETBX1) boxed set back in December 1978 and to find a blue/white flyer introducing The Official ELO Fan Club slipping out of the enclosed booklet. It was the first time that I'd heard of an ELO Fan Club and I recall vividly the interest it generated, backed as it was with an offer for "a very special commemorative" Three Light Years T-shirt and sweatshirt! Driven by the relatively belated success of ELO in their home country thanx to A New World Record (UAG30017) and Out Of The Blue (UAR100/JETDP400), the launch of an ELO Fan Club was not a complete surprise although a young KJS did not venture to join due to the limited funds available (my focus was on capturing The Move/Electric Light Orchestra back catalogue at the time and trying to keep up with all those singles!) to an 11 year old!
Fast forwarding to more recent days and my writings here, a KJS/ELOBF article in August 2017 entitled "Here Is The Newsletter" (click here to read) sought to clarify the number of newsletters and offers that the ELO Fan Club (or Appreciation Society as it was sometimes called) issued from Spring 1978 until its apparent dissolution in Spring 1981 on behalf of my good friend Patrik Guttenbacher at FTM Germany. Whilst the internet and social media (this writer has lost count of the number of ELO centric groups on Facebook) are the vehicles for ELO fans to express their affection for the band here in Yours Truly 2022, back then the notion of fan clubs was a little more analogue and perhaps the only way to receive news of inter-album updates, tour info, merchandise offers and the odd exclusive. You can see the plethora of ELO Fan Club output within this article (check out both montages). It’s also a little ironic that The Official ELO Fan Club hung around itself for three light years when ELO were, on a worldwide scale, at their commercial peak and challenging the likes of ABBA in popularity with their own constant stream of hit singles and albums. 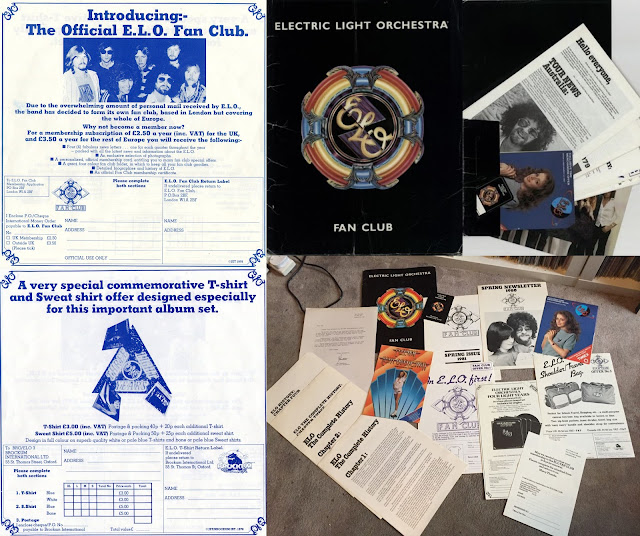 As the hit singles dried up and albums sales - particularly in North America – declined in the 80’s (read the ELOBF article "Across The Border: The Demise of Jet Records"), the ELO Fan Club was no more and the only corporate or record company reach-out to fans thereafter was the gold disc competition (read the ELOBF article "We Shout Raving Notes: ELO’s Picture Disc Mystery") that came in the UK with the Secret Messages 7" picture disc (WA3720) in September 1983 before Jeff Lynne closed out Part One of the ELO story with Balance Of Power (EPC26467) in 1986.
Were you a member of The Official ELO Fan Club? If so, what are your treasured memories? Please leave a comment below or get in touch!
Related KJS/ELOBF articles
Here Is The Newsletter
Across The Border: The Demise of Jet Records
We Shout Raving Notes: ELO's Picture Disc Mystery
Spotlight: Face The Music Germany 50th Edition
Jet Records Discography   ELO1JB: ELO's Jukebox Special
*** Until next "Time" in the ELOBF universe ... 12-Jan-2022 ***
Posted by Keith J Sinclair at 10:00