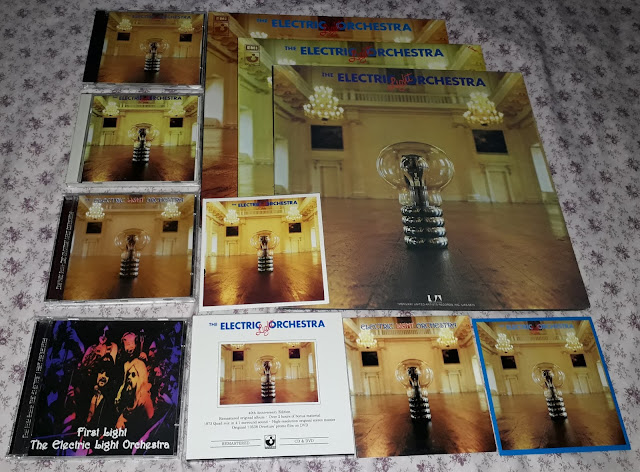 #1,637: The big day has arrived! Today Yours Truly KJS & ELO Beatles Forever (ELOBF) wish to celebrate 50 years since ELO's debut gatefold LP "The Electric Light Orchestra" (Harvest/EMI #SHVL797) was released in the UK on Friday 3rd December 1971 in our own special way. We've trawled the KJS/ELOBF record and CD collection and come up with at least ten (10) copies of ELO's first album including, of course, the US edition - mistakingly entitled "No Answer" (United Artists #UAS-5573) due to an unfortunate if not infamous secretarial error - released later in March 1972 (and managing #196 in the US Billboard 200).

Here in their home country, "The Electric Light Orchestra" enjoyed a four (4) week chart run having entered the UK Top 50 chart at #45 on 12th August 1972 before dropping out for a week and then re-entering at #49 rising to a peak position of #32 and slipping to #42 a week later. No doubt its belated success was down to debut single "10538 Overture" (Harvest/EMI #HAR5053) hitting an impressive #9 during an eight (8) week chart run at that time. Since then there have been multiple vinyl reissues as well as expanded and enhanced CD editions, most notably in 2001 and 2011. Whilst some fans who encountered ELO in later years struggle with their early material, this writer has always been fascinated by the morphing of The Move into the Electric Light Orchestra and their first official release!
"50 years! Wow! Was my least favourite ELO album but it was very early days. A very classy sleeve! 10538 Overture the outstanding track but I liked Look At Me Now and Whisper In The Night too." ~ Bev Bevan 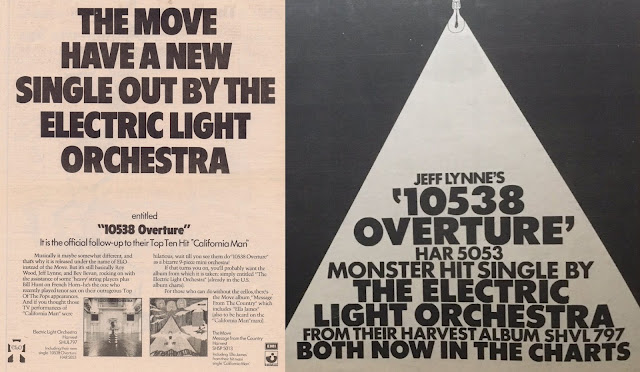