An Appreciation of Carl Wayne 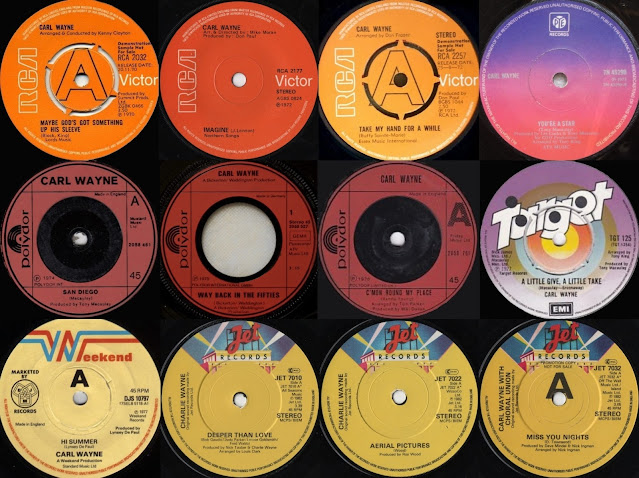 #1,574: If you were to ask this particular writer what would be my fave track by The Move, it might surprise you to discover that it would be "Beautiful Daughter" from their album "Shazam" featuring the sublime vocals of Carl Wayne and, in my opinion, one of the very best of Roy Wood's many compositions. There was a richness and depth to the voice of Carl, also known as Charlie Wayne (née Tooley), on many Move trax. Carl was there when The Move was born on Sunday 23rd January 1966 with his ensuing career spanning more than five decades before his untimely passing on Tuesday 31st August 2004 at just 61 years of age.
After his departure from The Move in 1970 just before the formal release of their second album "Shazam" (Regal Zonophone SLRZ1012), Carl went on to release not only his eponymously titled debut solo album in 1971 but a string of singles on well known labels including RCA Victor, Polydor and later Jet Records. 45RPM highlights include "You're A Star" (the theme to the popular TV talent show New Faces), his cover of John Lennon's "Imagine", his recording of "Aerial Pictures" (written, of course, by old pal Roy Wood) and his version of the Jeff Lynne penned ELO ballad "Midnight Blue" (the flip side of his "Deeper Than Love" single, arranged by Louis Clark).

Carl also enjoyed a varied and successful stage career including a six year role as the narrator in the West End production of the Willy Russell musical Blood Brothers before joining The Hollies as lead singer in his latter years (you can buy a download of their live version of "Fire Brigade" here). His connections with The Move and their successor the Electric Light Orchestra were never forgotten and not limited to the aforementioned cover of "Midnight Blue" as previously unreleased Carl Wayne vocals from the recording sessions at Air Studios were included in EMI's Light Years 30th anniversary expanded reissue of "ELO2" in 2003. Bonus disc "The Lost Planet" included his lead vox for three Lynne penned songs in "Your World", "Get A Hold Of Myself" and "Mama" with what was effectively the ELO rhythm section.
Undoubtedly, there was much more to Charlie Wayne than his time with The Move and no better subject matter for this long overdue KJS/ELOBF overview of his musical legacy. You can find out more by going to the Official Carl Wayne website!
Related KJS/ELOBF articles
Review: Live At The Fillmore 1969 (The Move)
Review: Magnetic Waves Of Sound (The Move)
Recommended: Shazam & Move Expanded Remasters
An Appreciation of Roy Wood
Interview: Bev Bevan (Village Times)
The Move: It was 50 Years Ago Today 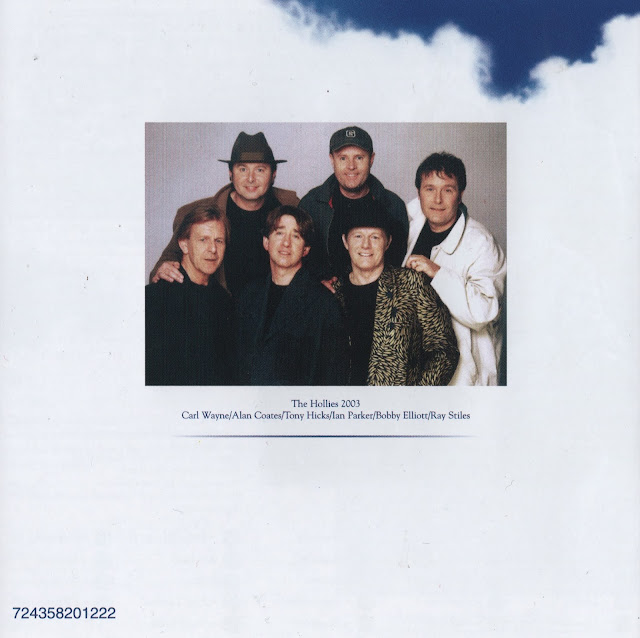 Addendum (with thanx to Dave Keating): Carl sang "How Do I Survive" with The Hollies at Abbey Road Studios for their 2003 2CD compilation "Greatest Hits" (EMI #582012 2) in what was his only studio recording with the band a year or so before he passed away. You can still purchase this wonderful track in MP3 format via this link
ELO Beatles Forever (ELOBF) recommends the Official Carl Wayne website to those enlightened folks who enjoy the music of ELO/Jeff Lynne, Roy Wood, The Move, 'Brum Beat', The Beatles and related artistes.
*** Until next "Time" in the ELOBF Universe ... 21-March-2021 ***
Posted by Keith J Sinclair at 00:01