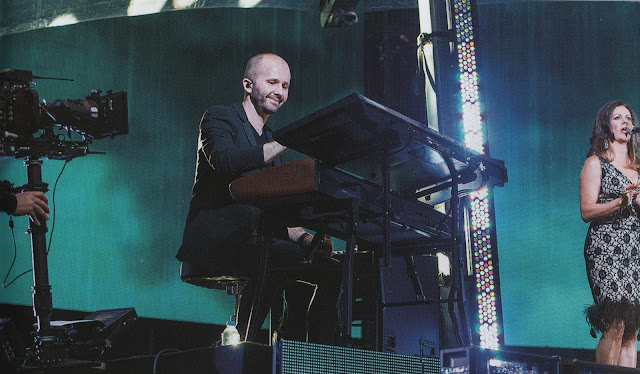 #1,564: This is the first in a new series of KJS/elobf articles on musicians who are just below the radar in the ELO and related universe! New, older and casual fans of the music of ELO/Jeff Lynne may not be familiar with the name Jo Webb but the multi-instrumentalist and producer is quickly gaining an accomplished reputation not only as a member of the Jeff Lynne's ELO touring band but also in the studio having already enjoyed production credits for two UK Top 20 albums plus, of course, his contributions to the "Wembley Or Bust" live album in 2017.
Yours Truly KJS first came across Jo due to his contribution to some sublime covers including "Love Will Find A Way" (the Yes classic) on The Guerilla Sessions YouTube channel in 2016 (featuring the equally talented Iain Hornal on lead vox), "Jet" (Wings) and "Georgy Porgy" (Toto). Click on the links below to see Jo perform in the aforementioned videos thus:
"Love Will Find A Way"   "Jet"   "Georgy Porgy" 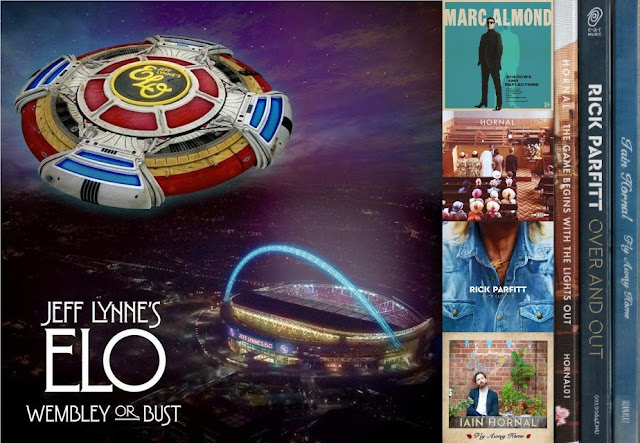 Thereafter, besides his involvement with Jeff Lynne's ELO tours, Jo has moved behind the production desk and co-produced two excellent albums with/for fellow EJLO member Iain Hornal, the first being 2017's "The Game Begins With The Lights Out" (an elobf Album of the Year) and more recently "Fly Away Home" - another elobf Album of the Year! Add to the mix that you may not be aware that (amongst others) Jo also produced the posthumous Rick Parfitt album "Over And Out" (UK #4 in April 2018) preceded by Marc Almond's "Shadows And Reflections" (UK #14 in October 2017 and also featuring Mike Stevens) and you can see that Jo Webb very much deserves to be the subject of this elobf spotlight whether it be on stage or in the studio! For more info go to: www.jowebb.com
Related KJS/ELOBF articles
Review: Fly Away Home (Iain Hornal)
Caught Live (4): Jeff Lynne's ELO @ Wembley 24/06/17
Review: Wembley Or Bust (Jeff Lynne's ELO)
Review: The Game Begins With The Lights Out (Hornal)
Interview: Mike Stevens (Musical Director: Jeff Lynne's ELO/Take That)
elobeatlesforever (elobf) recommends Jo Webb to those enlightened folks who enjoy the music of ELO/Jeff Lynne, Roy Wood, The Move, 'Brum Beat', The Beatles and related artistes.
*** Until next "Time" in the ELOBF Universe ... 04-Feb-2021 ***
Posted by Keith J Sinclair at 16:00