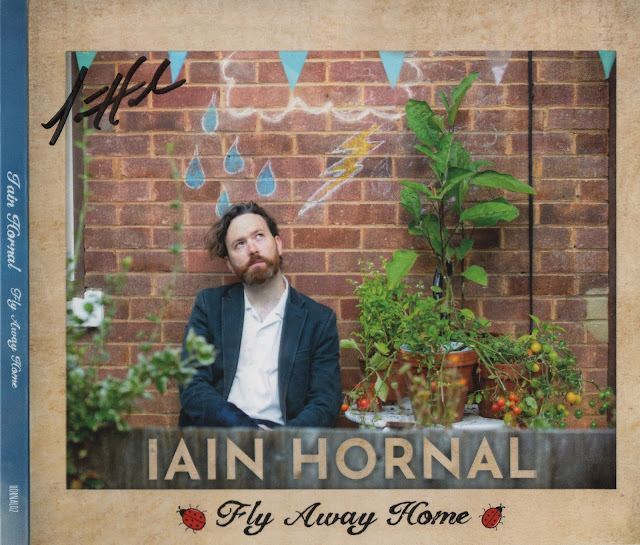 #1,553: Three light years have passed since Iain Hornal's debut album "The Game Begins With The Lights Out" arrived with much critical acclaim and also ended up as elobf Album of the Year. His new album is therefore something to look forward to after what, in his own words, has been "such a challenging year" not only for Iain but the entire music industry. New album "Fly Away Home" arrives officially in early 2021 and again sees the 10cc frontman again teaming up with fellow Jeff Lynne's ELO touring member Jo Webb (who also produced and enjoyed Top 5 success in producing Rick Parfitt's posthumous album "Over And Out" in the meantime) to deliver another hugely enjoyable eleven song set sure to appeal to fans and followers of ELO, 10cc and their musical contemporaries.
"Fly Away Home" not only picks up where "The Game Begins With The Lights Out" left off, it takes the listener on a journey through heartfelt lyrics, homely melodies and a perfect mixture of thoughtful ballads ("How Much It Means", "Let The Dove Fly", "I Can't Tell You" and "Drop This Sing" are truly beautiful) balanced with pure, catchy, anthemic pop (the title track, "The One To Blame", "Try A Little Love", "Everybody Else" and "Welcome To the World" greatly evidence this). Whilst this collection of songs shows that Iain has absorbed much of the polished songwriting craft of his live performances of classic ELO and 10cc tunes, it would be true to say that there is a depth and maturity here with this record alongside the rich range in his vocals. There's also a little Billy Joel hidden here and there and underpinning it all is the high degree of production values, thanx to the complimentary efforts of Jo Webb.
Fave trax are difficult to isolate because this album is so classy as a whole yet I love the nod to "Livin' Thing" within "The One To Blame" if not the personal exhortation of "Welcome To The World" with its wise words to a new life arriving on the earthly scene. The string laden, pensive "Let The Dove Fly" and atmospheric, sheer honesty of "I Can't Tell You" are also to be experienced. "Fly Away Home" is certainly an album not to be missed and an absolute pleasure to run the proverbial rule over! ★★★★★ 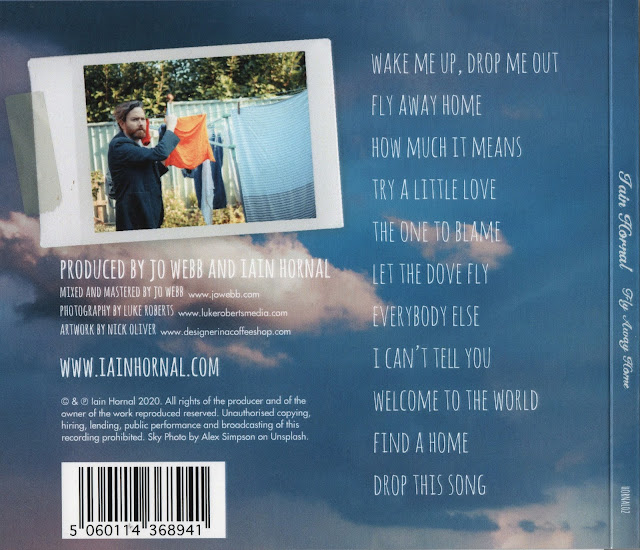