#1,549: Further to our recent article "Roy Wood Returns with Orchestral Take on Christmas Classic", elobeatlesforever (elobf) are pleased to confirm that aside from the usual digital download options to buy the forthcoming album "A Royal Philharmonic Christmas" by The Royal Philharmonic Orchestra featuring (naturally) a beautiful symphonic interpretation of Wizzard's "I Wish It Could be Christmas Every Day", a limited edition run of 950 CD's will be available to purchase for fans of Chief Engineer Dr. Roy Wood from amazon.co.uk and/or Swan Music via these links thus:
amazon.co.uk/Royal-Philharmonic-Christmas-Orchestra/dp/B08P4X12CH
lnk.to/ARoyalPhilharmonicChristmas   royalphilharmonicchristmas.co.uk 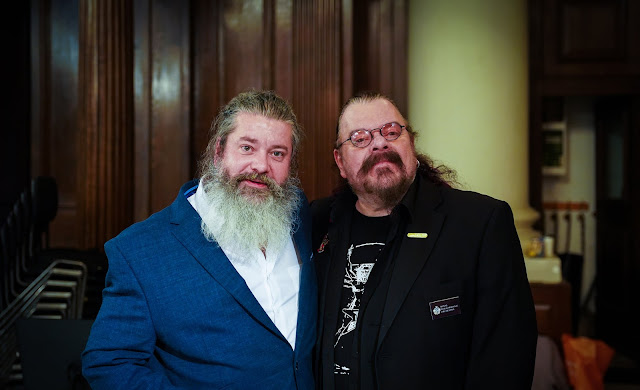 Producer, Musical Arranger, Musical Director, Conductor and Mix Engineer Daniel McCormack (also to be found playing keys in the Roy Wood Rock & Roll Band) outlined the story of the project to Yours Truly KJS recently:
"During this time of musical famine and with no live performances to enjoy this festive season, we really wanted to bring everyone a world class live recorded instrumental album of the songs we associate with being together as a family at Christmas that also bring us fond memories of times gone by. This, however, meant that we had to write and produce the entire project in just 30 days!
Having an elite team consisting of the Royal Philharmonic, Swan Music and Dr. Roy Wood as Chief Engineer to boot is a dream come true for me but it also meant that I had to work to the highest standards I can imagine despite time being against us so, whilst scoring the music for this album, I felt the weight of the pandemic and the resulting struggle of my musician friends and music fans very firmly in my heart. I felt that I really needed to evoke memories of family Christmas gatherings but also remind people of the beauty of a live performance with sonorous instrumental versions of the nation's most memorable and melodic Christmas songs.
There are currently only three recording studios in the UK that can accommodate a live orchestral recording, however, due to restrictions we weren’t allowed to have brass and strings in the same studio together and it just had to be live. After scratching our heads, we decided to create this live recording by socially distancing a fifty piece ensemble of the Royal Philharmonic Orchestra in a concert hall in Westminster which was literally filled from top to bottom with some of the UK's finest classical musicians, each two metres apart and, as it wasn’t a recording studio, we had to use a specialist outside broadcast truck ‘Floating Earth’ to record the live session with Dr. Roy Wood commanding operations from the booth as Chief Engineer!
Overall, I think that this project is unique because all of the players, myself and all involved were overwhelmed to be together performing as one unit with everyone playing out of their skin. The reality of this album is that we have brought everyone a recording which invokes happy memories of Christmas past, present and future. A Royal Philharmonic Christmas lets people from all generations listen together and talk about happier times. Something fresh for Christmas!" 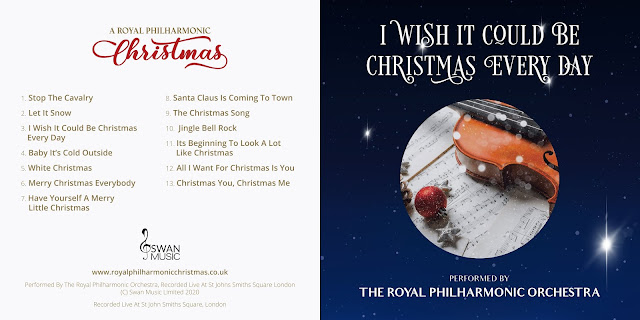