Five Years On: Alone In The Universe 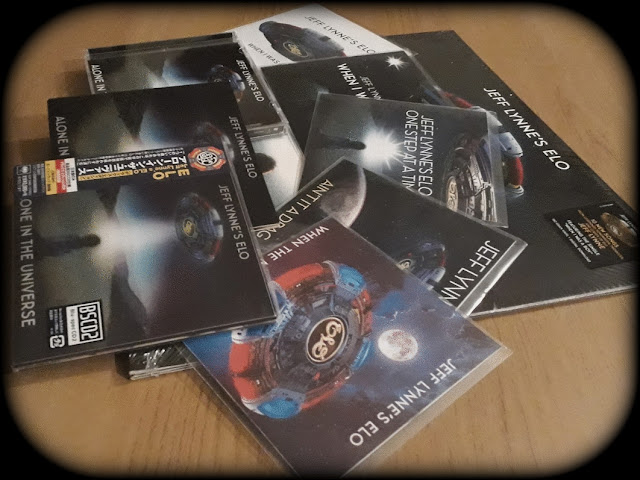 #1,546: Today is Friday 13th November and -  not unluckily for fans and followers of Electric Light Orchestra maestro Jeff Lynne - it's the fifth anniversary of the release the Jeff Lynne's ELO album "Alone In The Universe" on this day and date back in 2015! AITU was a huge commercial success "Down Home Town" in the UK peaking at #4 and staying in the Official UK Top 100 Album Chart for an impressive 17 weeks whilst also enjoying significant chart success "All Over The World" - as detailed here. 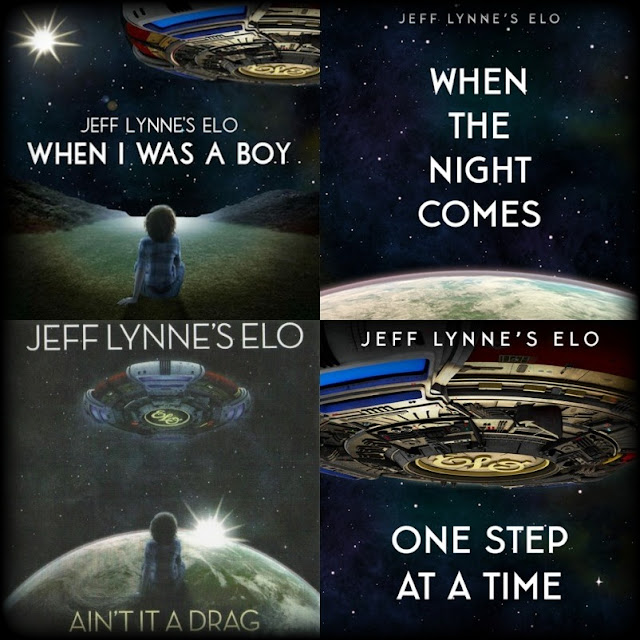 The standard CD and vinyl issue of "Alone In The Universe" comprised ten new Lynne penned songs (including the title track) with two bonus trax ("Fault Line" and "Blue") offered in a lenticular sleeved deluxe edition and "On My Mind" included in the Japanese release. Lead single "When I Was A Boy" preceded AITU in most territories with another three songs promoted as singles for ongoing radio promotion. In the UK, a limited quantity of single track CDR singles were also produced and distributed (see above montage).
Thanx to a strong promotional campaign by Jeff himself and his then new deal and laid the foundation for with Sony's well known Columbia Records label (via their UK imprint RCA), "Alone In The Universe" surpassed the earlier Top 10 attainments of "Long Wave" (#7) and "Mr. Blue Sky" (#8) in 2012, laying the foundations for several high grossing stadium tours in the UK, Europe and the States as well as an iconic appearance at Glastonbury in 2016 and a packed house at Wembley Stadium in 2017.

In the opinion of Yours Truly KJS and elobeatlesforever, the release of "Alone In the Universe" ensured that an ELO with Jeff Lynne firmly in the spotlight returned to the fore not only in the eyes of home fans and the Great British public but also their many admirers across the Atlantic and English Channel as both a recording and touring legend. Happy 5th Birthday AITU!
Related KJS/ELOBF articles
Review: Alone In The Universe (Jeff Lynne's ELO)
ChartWatch: Global Success for Alone In The Universe
Jeff Lynne's ELO to Dock at Columbia Records
Jeff Lynne: ELO in the 21st Century   After Vinyl: The Single Life of ELO
Alone In The Universe Certified Platinum + Award Overview
*** Until next "Time" in the ELOBF Universe ... KJS ... 13-Nov-2020 ***
Posted by Keith J Sinclair at 00:01

Labels: @elobf_kjs, Ain't It A Drag, Alone In The Universe, Columbia, elobeatlesforever, elobf, Five Years Later, Jeff Lynne, Jeff Lynne's ELO, One Step At A Time, RCA, Sony Music, When I Was A Boy, When The Night Comes