Time for an Expanded Xanadu? 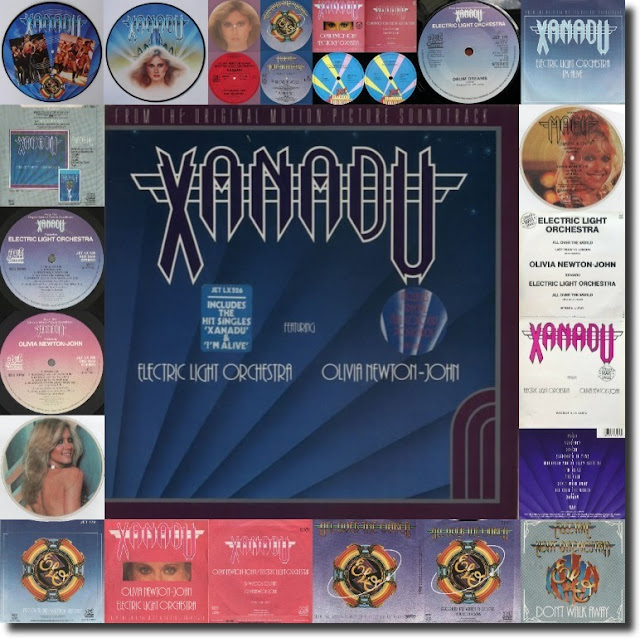 #1,529: Many fans will be aware that ELO's studio albums between 1971 and 1986 have all been reissued, remastered &/or expanded to the max save for their five song contribution to the "Xanadu" original soundtrack album (UK: #JETLX526; US: MCA-6100), alongside a quintet of Olivia Newton-John songs, which peaked at #2 in the Official UK Album Chart back in August 1980. Now that the 40th anniversary of "Xanadu" is fast approaching, this writer is of the opinion that an expanded CD (and vinyl) edition is long overdue bearing in mind that the original gatefold LP produced an impressive six Top 40 hits in the UK alone including, of course, a certain #1 single ...

Aside from the familiar ten songs spread over its ELO and ONJ sides, there are a number of other trax that could be included in an expanded "Xanadu" including "Drum Dreams" ('B' side to "I'm Alive"; #JET179), "Fool Country" ('B' side to "Xanadu"; #JET185), "You Made Me Love You" ('B' side to "Suddenly; #JET7002) and the enigmatic "Xanadu Overture" (sometimes referred to as "Xanadu Reprise") as heard in the film finale. You could even add Jeff Lynne's re-recorded version for "Flashback" in 2000 for good measure meaning that up to fifteen trax could be squeezed onto an updated release thus ...