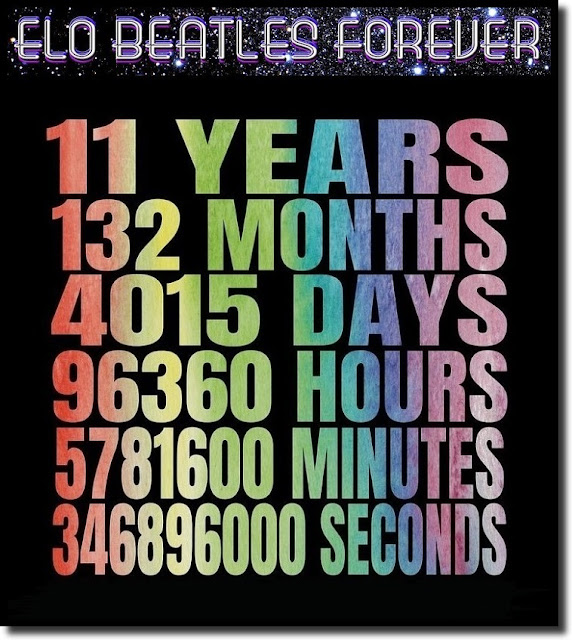 #1,518: Today is Sunday 2nd February 2020 and it's eleven years since elobeatlesforever (elobf) was born on Groundhog Day back in 2009 when our first article entitled (oddly enough) Beatles Forever was published (click here to read). So much has happened in the elobf universe in the 4,015 days and 132 months since. Gig reviews, album reviews, interviews, loads of vinyl issues, not a few exclusives (thanx to some amazing pals and reliable sources in the biz) and a seven month hiatus!

elobf continues to pride itself on its original and varied content as well as a proven record in introducing readers to local, national and international ELO/Beatles influenced indie artistes. We also love to keep you posted about the ongoing endeavours of ELO/ELO Part II former members and related artistes whilst also highlighting the ever increasing number of ELO tribute bands as the music of the Electric Light Orchestra & Jeff Lynne is discovered (and/or rediscovered) "All Over The World".

On a personal note, Yours Truly KJS is both grateful and humbled by the support and courtesy extended to me by my musical heroes Roy Wood and Bev Bevan, a whole host of superb musicians and their management. It's been quite the journey despite the actions of a certain social media platform and persistent hassle from internet trolls, some of whom call themselves ELO fans. Last but not least, I'd like to thank each and every visitor to elobf (including our ever increasing number of Twitter followers) for their continued interest.