HAR5063: The Massacre of Manhattan Rumble 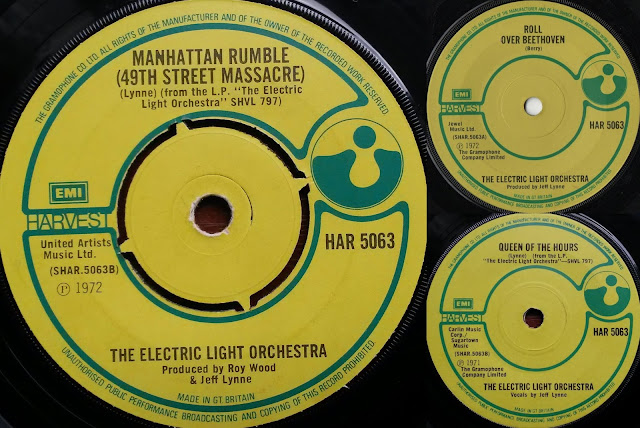 #1,516: Back in 2017, Yours Truly KJS wrote a trio of elobeatlesforever (elobf) articles covering some aspects of the early career of the Electric Light Orchestra (ELO) on EMI's Harvest label between 1971-73, specifically their three charting singles amongst which was a 7" vinyl rarity created by the abrupt withdrawal of ELO's second UK single "Roll Over Beethoven" (HAR5063).

Initial copies of the Chuck Berry penned "Roll Over Beethoven" single included the Jeff Lynne penned "Manhattan Rumble (49th Massacre)" taken, of course, from their self-titled first album (famously entitled "No Answer" in the US due an erroneous secretarial note) as the flip side before it was quickly replaced by "Queen Of The Hours" (also a Lynne composition). As a result, most copies of "Roll Over Beethoven" found today in personal collections (or for sale) of a single which peaked at #6 in the Official UK Singles Chart during February 1973 therefore sport the later 'B' side with a small number of the original a little harder to find. 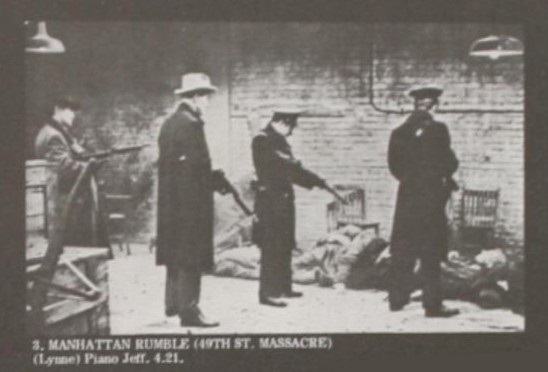 Whilst there are a few changes in the text between the two versions including a change in publishing rights, the most obvious difference is that whereas "Manhattan Rumble" cites "Produced by Roy Wood & Jeff Lynne" beneath the artist name, "Queen Of The Hours" merely states "Vocals by Jeff Lynne" so that there is no credit for Roy Wood. Whether or not this was for contractual (or other) reasons, it does say a lot about the shift in leadership of the band at that time. So there you have it: the 'B' side that wasn't and the creation of an early ELO rarity!