Another Chart Breaks: From Out Of Nowhere 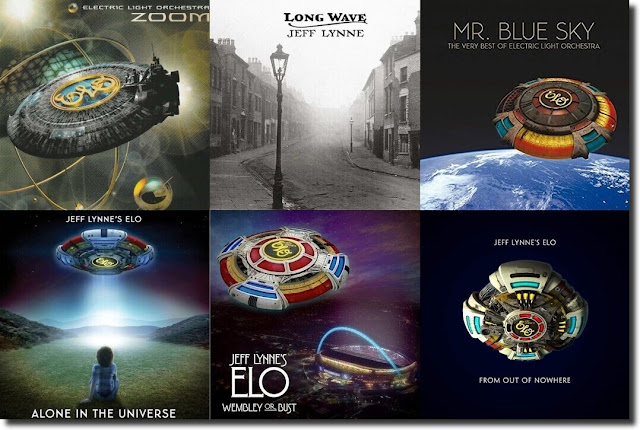 #1,512: After dropping a whopping 70 places to #98 last week, Jeff Lynne's ELO former #1 album "From Out Of Nowhere" duly exited the UK Official Albums Chart Top 100 today following a modest nine week chart run. The charts these days are somewhat different to their 20th century predecessors owing to the inclusion of digital downloads and streaming data as well as there being whole new generation or two of music buying general public so how do we gauge the performance of FOON?

Yours Truly KJS thought that it would be therefore interesting to look at how new Jeff Lynne/ELO releases (excluding compilations) have done in the 21st century relative to each other. Looking at the table below as compiled by elobf, the least successful release in terms of peak position was "Zoom"  and, obviously, "From Out Of Nowhere" was best placed. It's also noteworthy that "Alone In The Universe" stayed in the chart practically twice as long as the chart topping FOON and is likely the most commercially successful. The resurgence in the popularity of Jeff Lynne and the music of the Electric Light Orchestra is underlined by the fact that five of the six albums in question including "Long Wave", "Mr. Blue Sky" and "Wembley Or Bust" all made the UK Top 10.

So how did "From Out Of Nowhere" do? In the opinion of this writer, it was a return to form, a hit but not a bestseller.