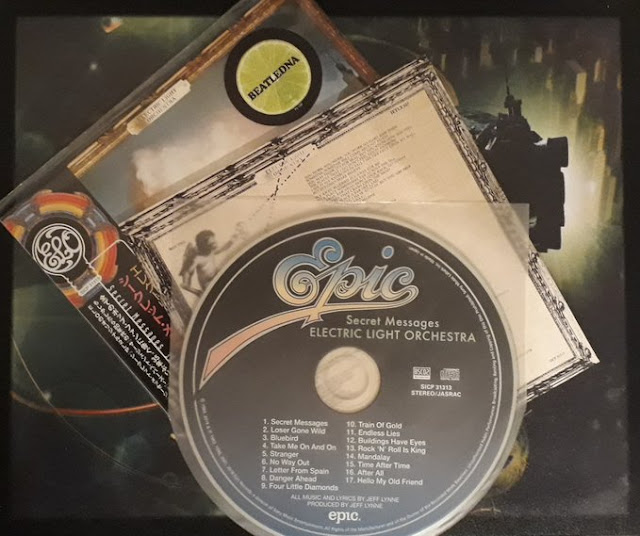 #1,503: The 35th Anniversary Blu-spec CD2 limited edition release of ELO's sublime 1983 "Secret Messages" album duly arrived at elobf HQ earlier today from Japan following its release last week and you can imagine that Yours Truly KJS was keen to have a listen or three!

You cannot but admire the way that these Japanese issues are presented with the disc in their own sleeve alongside a replica inner sleeve from the original LP emerging out of one side and the the CD booklet from the other in a neat downsized version of last years 2LP edition. The sound is obviously cleaner than previous CD issues thanx to the inherent phase transition mastering giving the seventeen trax comprising "Secret Messages" (Epic Records #SICP-31313) verve, clarity and a renewed freshness. "Hello My Old Friend", "Bluebird", "Stranger" and "Buildings Have Eyes" sound especially gorgeous in the opinion of this writer. 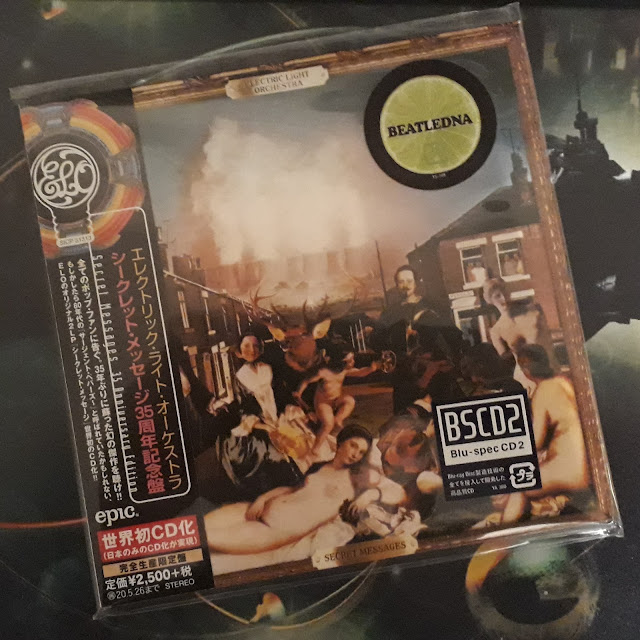 It should therefore come as no surprise for me to say that this is as good as "Secret Messages" by Electric Light Orchestra is going to get until "Beatles Forever", the final piece of the jigsaw, is added to complete what is still an album that some ELO fans still fail to grasp. You'd expect me to say that and I'll continue to do so! Expect the absence of "Beatles Forever" to be addressed again in a near future elobf article. In the meantime, you can still order this amazing Blu-spec CD2 package from CD Japan by clicking on this link. ★★★★