Review: From Out Of Nowhere (Jeff Lynne's ELO) 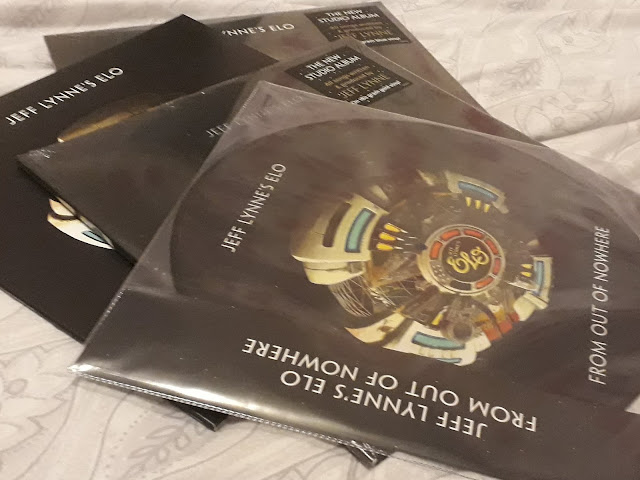 #1,501: Having decided to recommence writing new elobeatlesforever (elobf) articles after a seven month hiatus, Yours Truly KJS feels quite strange to be putting together this review regarding "From Out Of Nowhere" (RCA/Big Trilby Records), the latest studio album from Jeff Lynne's ELO, a whole calendar month after its release back on Friday 1st November (which just happens to have been my 52nd birthday) in the wake of its impressive recent chart topping exploits, especially now that the rather nice amazon Black Friday exclusive edition picture disc has enjoined the earlier black, blue and gold vinyl releases and FOON has slipped out of the UK Top 20 after four weeks.

Having reacquainted myself with 2015's "Alone In The Universe" in advance of the release of FOON, my first impression of the 10 new trax on offer was that "From Out Of Nowhere" was an improvement, a more cohesive and consistent recording than AITU. Whereas retrospectively the former now feels like it was hastily assembled, the latter is a much more polished affair, a little like ELO albums of old. From the familiar tones of the opening title track (thanx to extensive BBC Radio 2 airplay) through to classy closer "Songbird", this writer senses a return to the songwriting form of the ELO maestro harking back to the good 'ol days. ELO fans, new and old, will love the changes in tempo afforded throughout what is a relatively short outing (32:42) with the pensive "All My Love" and "Losing You" balanced (with power) by "Down Came The Rain" (a familiar theme), "One More Time" (isn't it great to see Richard Tandy credited on an ELO LP again?) and "Time Of Our Life", a thoughtful inclusion to thank the 60,000+ fans who attended the 2017 "Wembley Or Bust" show. On a personal note, my twin faves at the time of writing continue to be "Down Came The Rain" and "Sci-Fi Woman" - formerly "WiFi Woman". 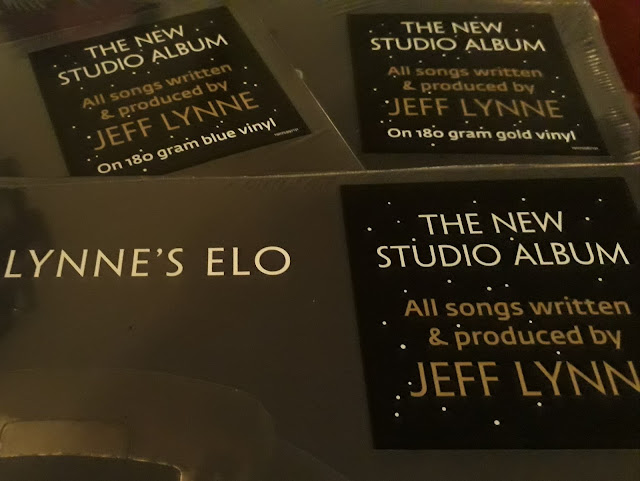 "From Out Of Nowhere" is a record that deserved to hit the heights of #1 in a challenging modern music market. We now look forward to some extensive 2020 dates and, hopefully, more fabtastic memories. ★★★★★

elobeatlesforever (elobf) recommends "From Out Of Nowhere" by Jeff Lynne's ELO to those enlightened folks who enjoy the music of ELO/Jeff Lynne, The Traveling Wilburys, Roy Wood, The Move, The Idle Race, 'Brum Beat', The Beatles and related artistes.