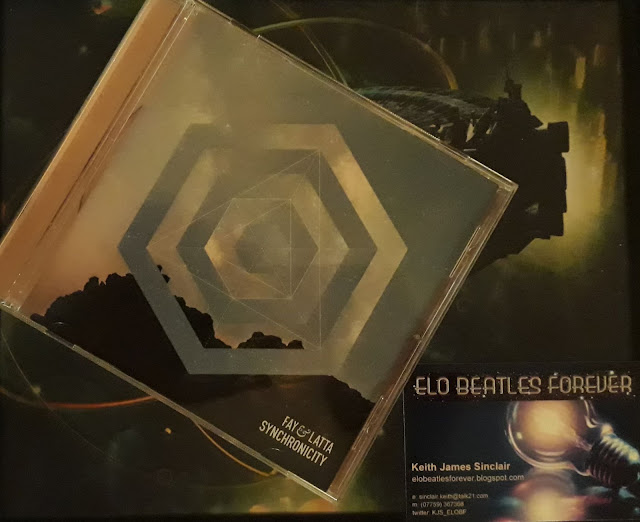 #1,487: As often stated by Yours Truly KJS, it's a great pleasure to feature talented local, national and international indie artistes here at ELOBF from time to time betwixt our main focus of ELO and related articles. Yorkshire based duo Fay & Latta are one of those artistes and it's our good fortune that they've just released their fourth studio album "Synchronicity" following on from 2017's "Dust To Stars".

Being as KJS/ELOBF have previously looked over their previous three offerings including "Beauty In Chaos" (an album which included significant input from none other than ELO violin legend Mik Kaminski), it seemed apt to run the rule over "Synchronicity" too. Predominantly acoustic, this record sees Tom Fay and Anneka Fay (Latta) in reflective and pensive mood with eleven tracks of the utmost quality including opener "Lost In My Own Youth", the dreamy instrumental "Periscope" (there's some intricate guitar craft from Tom throughout), "All For You" (the perfect showcase for Anneka's lovely vocals) and the haunting "Beneath My Skin". Undoubtedly, "Synchronicity" demonstrates the continued maturing of these two fine songwriters and musicians leaving this listener wondering why they are not operating in a higher if not synchronous circle. ★★★★

Find out more about Fay & Latta, "Synchronicity" et al via these links thus ...