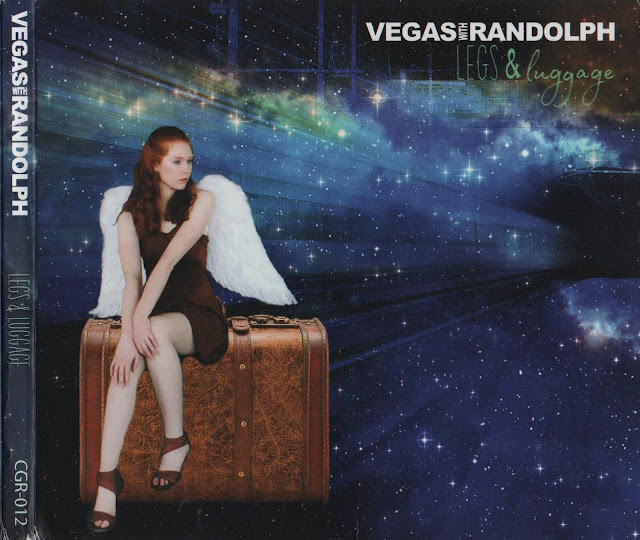 #1,466: Five years have passed since Yours Truly KJS reviewed Washington DC outfit Vegas With Randolph's third studio album "Rings Around The Sun" for elobeatlesforever (elobf) so it was rather nice to discover that a new album "Legs & Luggage" was due out in Autumn 2018.

A lot has happened in that time - including the passing of founding member and bassist Dan Aylestock - yet Vegas With Randolph have managed to produce and construct another set of attention grabbing Power Pop songs oozing with their trademark zip, commentary and effervescence during their half a decade hiatus. The nett result is a record packed with catchy guitar riffs, anthemic lyrics and electrified energy as evidenced by opener "You Could Say Yes", continued by "Jacob" and underlined by "The Girl Holding Out For Me". Punctuated by the classy keys led "I Could Be The One" and one of my fave tracks, the observational "Women In Airports", this album never lets up until you reach closing track "I Have You", a string laden ballad with a nod to both ELO and The Beatles in their prime and another fave of mine! Make no mistake about it, "Legs & Luggage" rocks. And so do Vegas With Randolph. Best you partake of your allowance soon. ★★★★

"Legs & Luggage" by Vegas With Randolph is available in CD and/or download formats via these links thus:

elobeatlesforever (elobf) recommends "Legs & Luggage" by Vegas With Randolph to those enlightened folks who enjoy the music of ELO/Jeff Lynne, The Move, Roy Wood, The Idle Race, 'Brum Beat', The Beatles and related artistes.