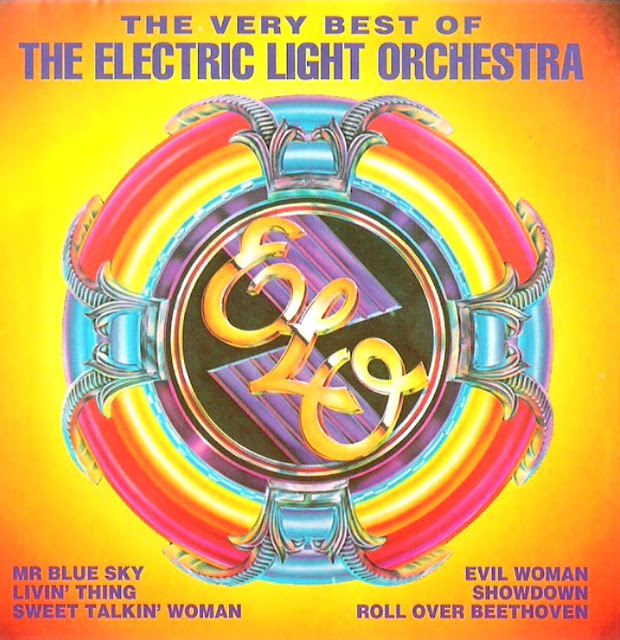 #1,450: Fans of ELO were in for a pleasant surprise in July 1994 when Dino Entertainment released the heavily TV advertised compilation "The Very Best of The Electric Light Orchestra" (DINCD90) and it soon soared to a very healthy #4 in the Official UK Album Chart whilst staying in the Top 10 for five weeks. In stark contrast to the non-charting "ELO's Greatest Hits Volume Two" (Epic 471956) released two years earlier in 1992, this twenty track compilation was perhaps also assisted by the heavy touring schedule of ELO Part II in advance of their second studio album: "Moment Of Truth" and became a label mate to OrKestra's fine 1991 album "Beyond The Dream" (DNCD1284) in the process. 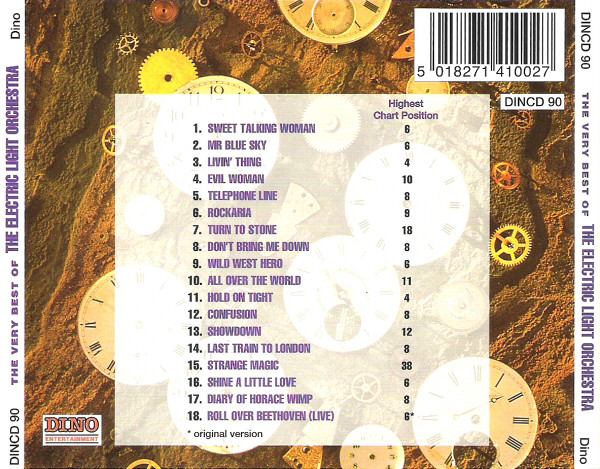 There were no real surprises to be found here with most of of the tracks being ELO's highest charting UK singles (except, oddly, their only #1: "Xanadu") meaning that there was no room for the likes of "Rock'n' Roll Is King", "Calling America" or even "Ma Ma Ma Belle" although "Strange Magic", "Roll Over Beethoven (Live)" and "Showdown" did make an appearance. If nothing else, this greatest hits package proved that the music of Jeff Lynne and the Electric Light Orchestra was still commercially attractive and could shift multiple units, if promoted wisely. It would be another three years until the next major ELO compilation would come along and that will be the subject of another Compilation Corner in days yet future ...