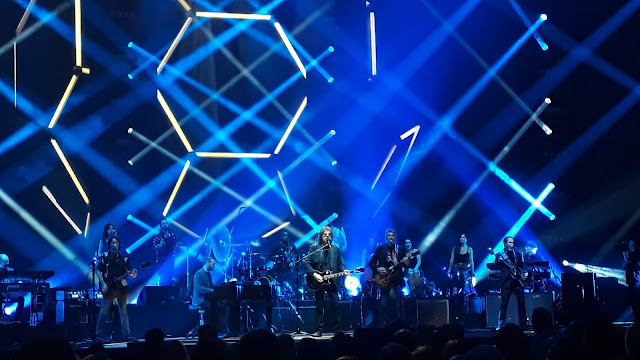 #1,459: A trip to see Jeff Lynne's ELO (the band once termed "son of Beatles" by none other than John Lennon) perform the final UK mainland date of their 2018 tour at The Echo Arena in Liverpool, just a stones throw from where the phenomenon that is The Beatles carved their reputation at The Cavern was just too good an opportunity to miss for Yours Truly KJS on Tuesday night (23rd October). It was an event made all the more poignant especially when considering the fact that elobeatlesforever (elobf) hit the milestone of 3 million views earlier on that very day! 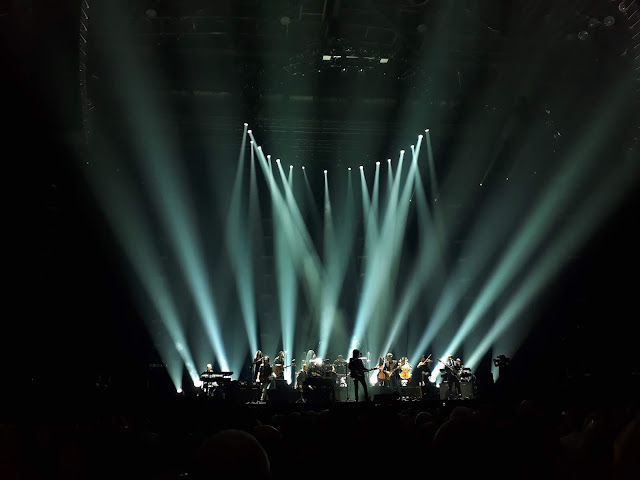 Much has been said and written about the tour over the previous months as the ELO spaceship has zoomed from US city to US city before finally landing in Europe and the UK (including three dates "Down Home Town" in Birmingham). Whereas the modest set length and largely unchanged set list of 19 songs might have restricted other acts, the state of the art stage production and polished, pristine performance of the ELO maestro and his merry band - orchestrated magnificently by Musical Director Mike Stevens - has engendered many positive reviews. This was a wonderful journey of Electric Light Orchestra classics all the way through from debut single "10538 Overture" to 2015's "When I Was A Boy" and permeated with a plethora of those 70's hit singles that we all know and love plus "Standin' In The Rain" and (US single) "Do Ya". Undoubtedly, Jeff is enjoying his new lease of life with his latest ELO vehicle with this particular audience soon up on their feet to drink in the moment. I did miss "Can't Get It Out Of My Head" and "Strange Magic". One would think that those newly announced US/Canada dates in 2019 will drive some changes to the set list to include (hopefully) "Hold On Tight" and more representation of their 80's hits too. As ever "Mr. Blue Sky" drew the greatest reaction but the ultimate conclusion of this concert could be determined by the happy, smiling faces of the 11,000 capacity crowd meandering home. 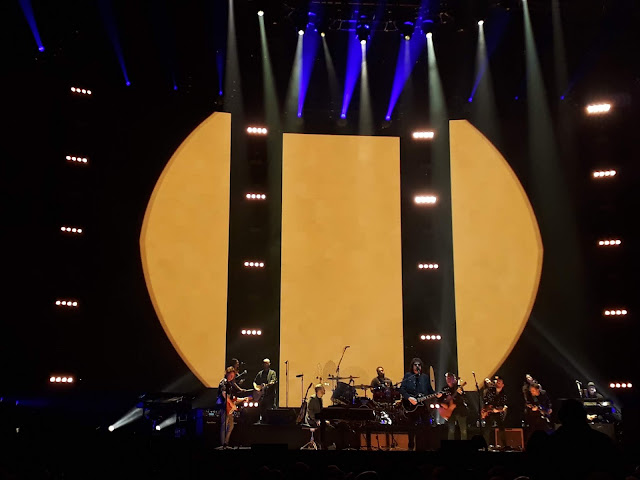 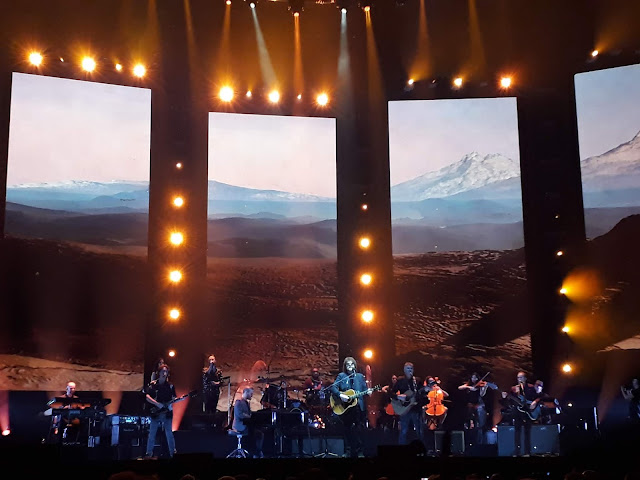