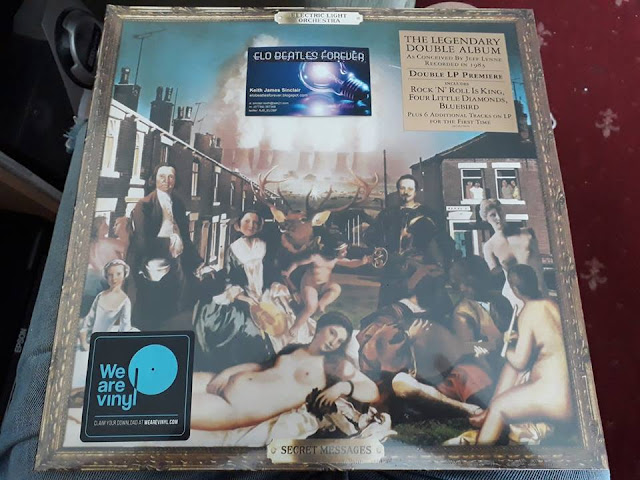 #1,435: The day finally arrived on Friday 3rd August when a 2LP edition of ELO's seminal 1983 album "Secret Messages" (Epic 1907583769181) was released some 35 years and 2 months since an abridged 1LP version (JETLX527) hit the proverbial shelves in June 1983. A lot has been written by Yours Truly KJS in the nine and a half years since elobeatlesforever (elobf) was launched in February 2009 with an initial mission to campaign for the originally intended 2LP version of "Secret Messages" (JETDP402) replete with a certain septet of missing tracks including "Beatles Forever". Rather than go over old ground, I wanted to write an article which collated my thoughts on the positive and negative aspects of "Secret Messages" (one of my very fave ELO albums) in 2018. 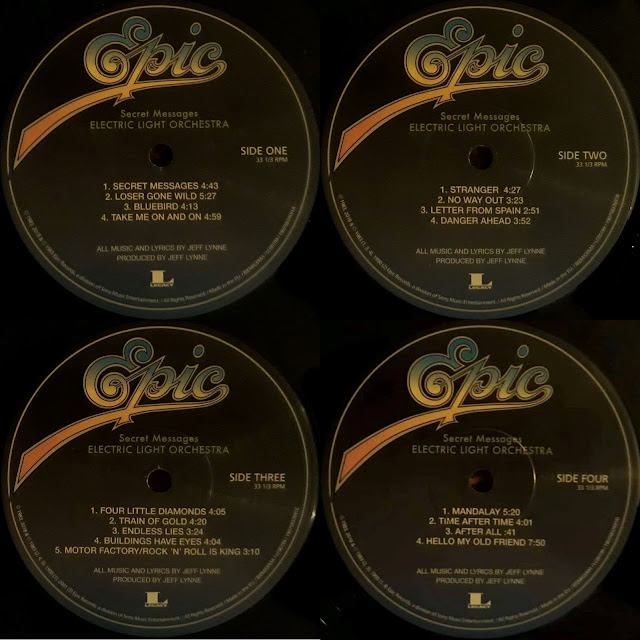 The positives? It feels great to handle "Secret  Messages" as a double album. It really does. Playing both discs (and listening to the accompanying digital download) reveals a deep, lush texture to the whole record with nuances and detail not previously revealed. Add to that the fact that "Mandalay", "Buildings Have Eyes", "Time After Time" (on cassette first time around), "Endless Lies", "No Way Out", "Hello My Old Friend" (sounds great on vinyl!) and a shortened "After All" now have a permanent place on 33 1/3 RPM vinyl and you know that this is a significant enhancement to a classic Electric Light Orchestra album. 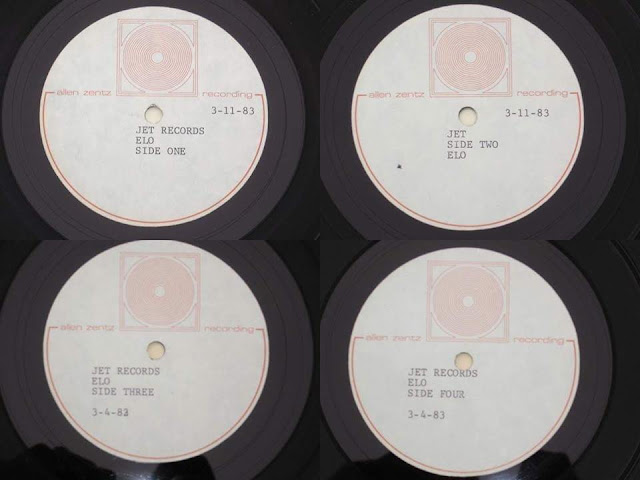 The negatives? You won't be surprised to read that my personal opinion is that the glaring omission of "Beatles Forever" is the most obvious shortcoming of this 2LP. That hasn't changed and will not change. A "Secret Messages" without "Beatles Forever" sandwiched between "No Way Out" and "Letter From Spain" is incomplete. It's the elephant in the room that many fans are being guided to forget by clever soundbites and quotes. If it was good enough to be included in the 1983 double album then the same applies here in 2018. My only other observation is that it's disappointing that lyric sheets are missing with the credits and some kind words from Jeff Lynne forming the inside of the gatefold and both discs supplied in plain white paper sleeves. Note also that the backward messages warning has been deleted and that "Rock 'n' Roll Is King" is now appended by its original working title "Motor City" here too. In summary, this edition is flawed but still worth the investment for the positives mentioned above. ★★★★