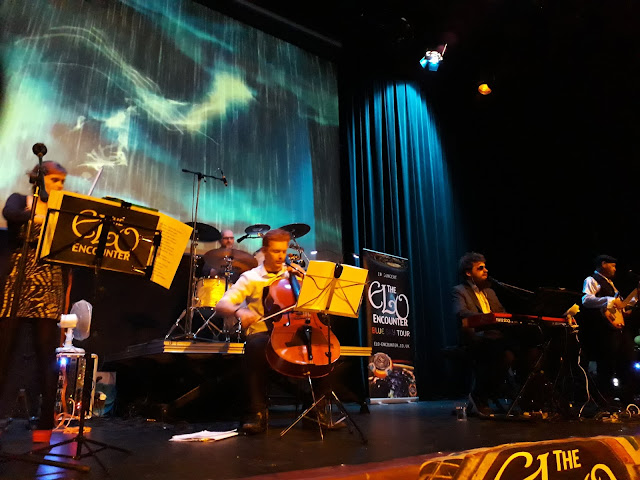 #1,424: The ELO Encounter returned to Birmingham to make their debut at The Crescent Theatre on Saturday night (16th June) and proceeded to prove their growing pedigree by overcoming first half sound difficulties to deliver another inspired selection of Jeff Lynne penned ELO classics (*plus one by Chuck Berry) in front of an appreciative "Down Home Town" audience.

Despite the vocals of Jack Rownes being somewhat muted at first, this gig demonstrated the progress that the band has made in "Steppin' Out" at larger venues whilst they continue dipping into the ELO songbook to bring the lesser known singles to the stage. Thirty songs were played including (quite aptly) all three UK singles taken from "Secret Messages" including the title track (perfectly in sync with the official video) and a nice rendition of "Four Little Diamonds". It was great to hear "Nightrider" and "Here Is The News" again as an expansive set covered the chart career of (the) Electric Light Orchestra all the way from "10538 Overture" to a welcome "Calling America". All the headline hits were on show too as you'd expect with a rousing "Roll Over Beethoven" and "Mr. Blue Sky" getting most onlookers up on their feet. Special mentions are due for Jasmine Ali (who managed to sing a peerless "Xanadu" with a sore throat) and last minute cellist Aaron Billson but this really was a team effort with guitarist Martin Donald, new drummer Dacre Peck, bassist Simon Rownes and son Jack combining to produce what was, in the end, a thoroughly enjoyable evening. 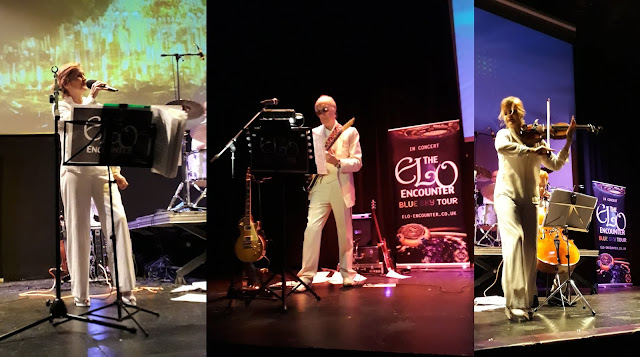 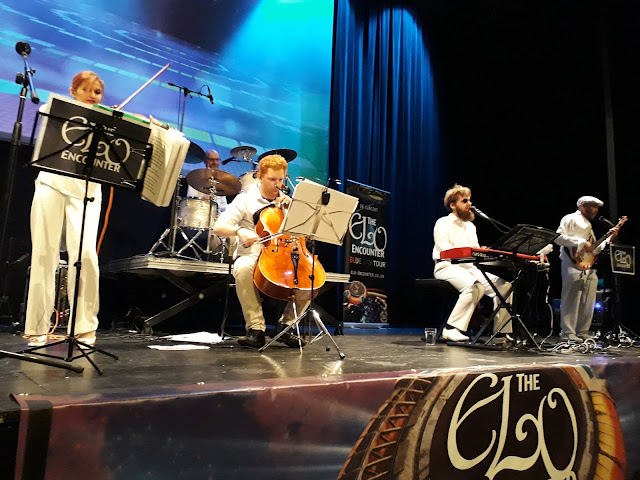 Find out more about The ELO Encounter and their gig dates via their official sites thus:

elobeatlesforever (elobf) recommends The ELO Encounter to those enlightened folks who enjoy the music of ELO, Jeff Lynne, Roy Wood, The Move, The Idle Race, 'Brum Beat', The Beatles and related artistes.