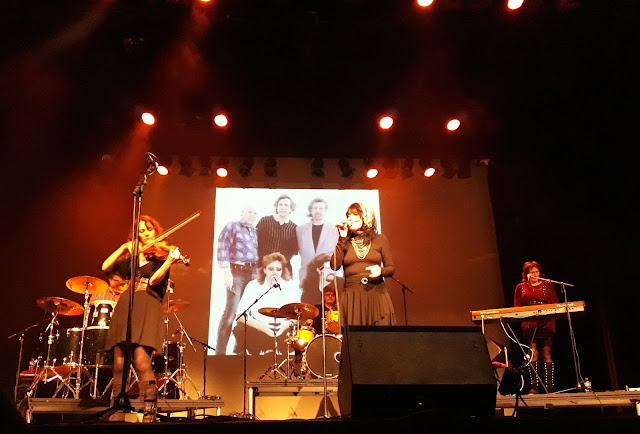 But first a mention for their support on the night. Thanks to Bev Bevan's recent appointment as Patron of Music Courses at Kidderminster College and Quill drummer Andy Edwards' lecturing there too, the opportunity arose for a trio of their talented students to demonstrate their talents on stage. Cue songwriter/singer Rob Challis on keys, vocalist Sophie Ritanne and guitarist Ethan Webster who between them delivered an entertaining ten song cameo of original compositions including the poignant "Enjoy Your Joy" (written by Rob after he was mugged) and the impressive "White Flowers" (written by and sung beautifully by Sophie) alongside distinctive covers of Fleetwood Mac and Doobie Brothers classics. 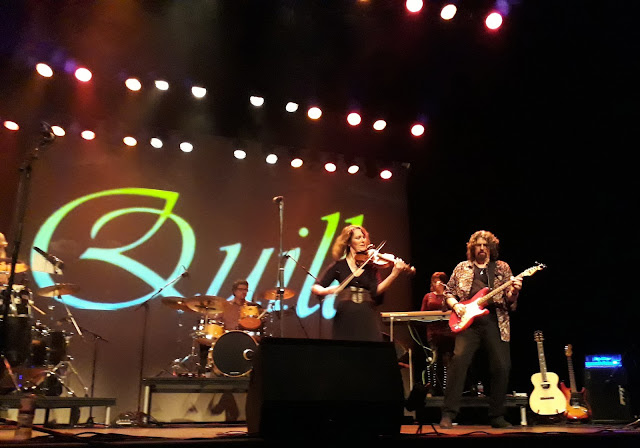 Back to a septet with the returning Bev Bevan, Phil Bates and his wife Jo, Quill have managed to reinvent themselves again. Now with an altogether rockier edge, the band delivered a storming if not balanced array of songs with tempting glimpses of their forthcoming new studio album slotted perfectly next to their interpretations of iconic ELO ("Telephone Line") and Move ("California Man") hits with reference also to Bev's time with Black Sabbath ("Changes").

Add to the mix Quill's very own classic "Say It Ain't So" plus inspired covers of "The Whole Of The Moon" and "You're The Voice" and one cannot help but applaud and smile. This was the first time since 1997 that Yours Truly KJS had seen both Bev and Phil on stage together so seeing them in an ELO Part II photo (fittingly with the late, great Kelly Groucutt) as the backdrop during a certain Jeff Lynne penned classic kind of squared the circle.

As ever, Joy Strachan-Brain owned the stage from the first note with her wonderful vocals and Quillesque demeanour in perfect unison with the sublime strings of violinist Kate McWilliam and Jo Bates also making her mark. The heartbeat and pulse of any band is bass and drums so with bassist Matt Worley flanked by world class percussionists in Bev Bevan and Andy Edwards, 2018 sees Quill in good hands. This was another memorable Quill gig making their future dates at Solihull (Wednesday 4th April), Bromsgrove (Friday 8th June) and Bilston (Friday 29th June) all the more a 'must see'. 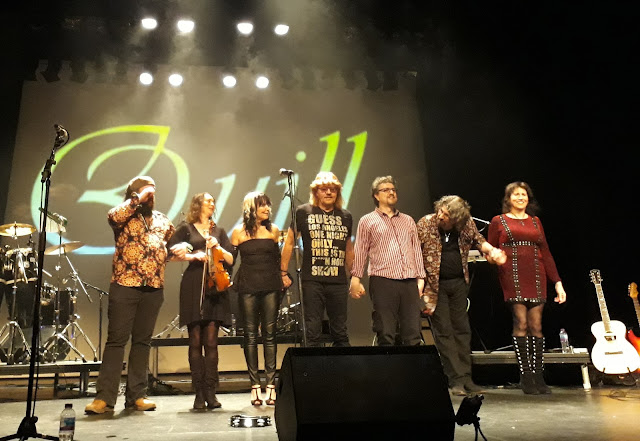 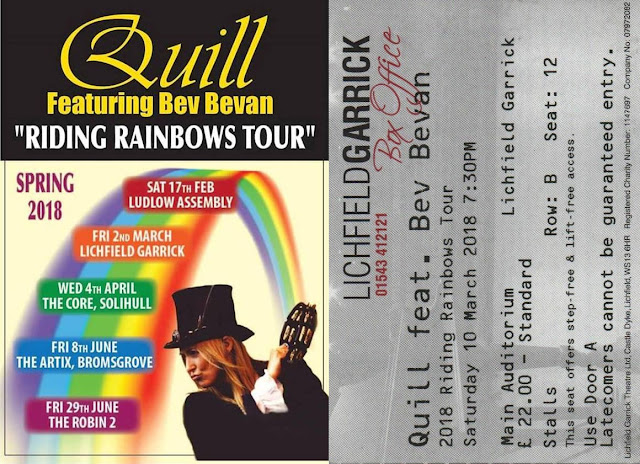 Find out more about Quill via their official website thus: www.quilluk.com