Record Shop Memories: I Wish I Was Back in 1981 #1,385: Perhaps we were spoiled. Perhaps we took them for granted. Perhaps times changed. Perhaps all three. The words "I wish I was back in 1981" from ELO's "The Way Life's Meant To Be" and even ELO Part II's "Once Upon A Time" certainly ring true when Yours Truly KJS looks back to the heady days of the seventies, eighties and some of the nineties when it comes to the decline in the number of record shops here in Wolverhampton and, I suspect, in very many towns and cities in the UK over the last couple of decades. There were a healthy number of new and second hand record shops to choose from back in the day. So much so that you could lose many an hour doing the circuit, depending on how much cash you had or what you were after. It was doubtless a scenario repeated up and down the country for many ELO fans and avid record collectors. The demise of nationwide stores such as Woolworths, Our Price and, to an extent, WH Smith alongside the gradual ebbing away of local/regional outlets such as Gould's TV, Sundown Records, Ruby Red Records, Mike Lloyd Music (MLM Megastore) and Max Millward's means that there is essentially a choice of just three (HMV, Oldies Unlimited and Vinyl & Vintage) in 2018, if you exclude charity shops. 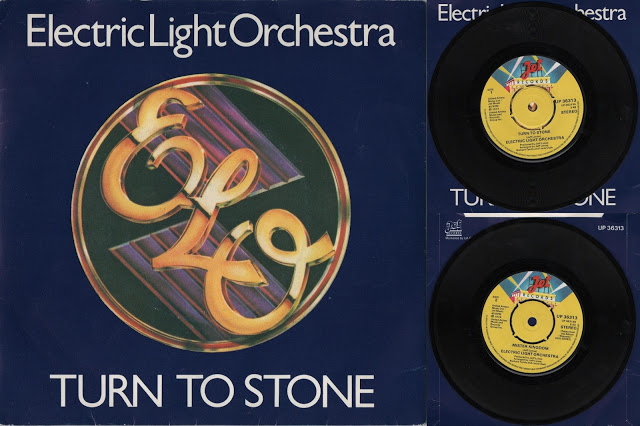 Regular visitors to elobeatlesforever (elobf) will know that my first record purchase was (of course) ELO's "Turn To Stone" b/w "Mister Kingdom" (UP36313). I bought that 7" P/S (without solid centre) as a ten year old in November 1977 from a shop called Finlay's on the Stafford Road in Oxley that used to sell records and confectionery. A heady mix indeed! Later on there would also be Tom Hawkins Music Services, where I was a regular customer. Tom was also Elvis Costello's uncle and I still have the drumsticks I bought from him circa 1980! I was blessed. Second hand record shops were also a plenty. C&D Records, Time Machine Records, Oldies Unlimited etc. Even local newsagents sold ex-jukebox singles for 50p. That's where I found my copy of ELO1JB (read more here), purely by chance. I've probably missed a few but I suppose the same is true elsewhere but with different names and, I'm sure, the same warm memories. Walking miles to the town centre to buy the latest ELO single or album (so as to save money) was often the norm. 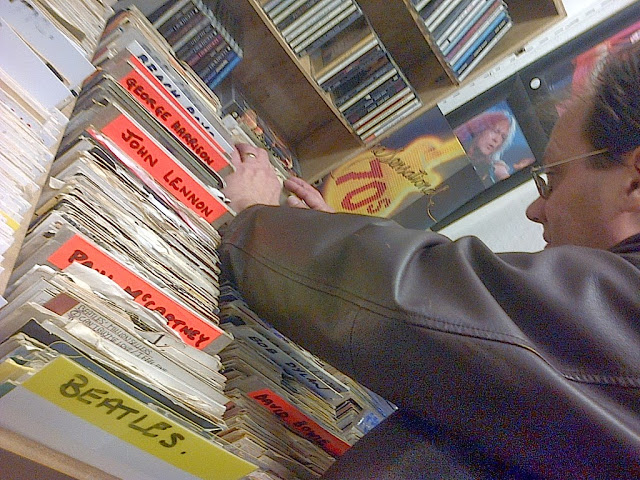 Nowadays we have the welcome resurgence of vinyl. We also have the marvels of amazon, eBay and online shopping to choose from. But I still fondly recall flicking through acres of vinyl in hope of finding a bargain or a scoop or a missing piece in my ELO collection jigsaw. Whilst I fondly remember the lost record shops here in Wolverhampton through rose tinted glasses, perhaps the same applies to you, wherever you may be. Sometimes I do wish I was back in 1981 ...