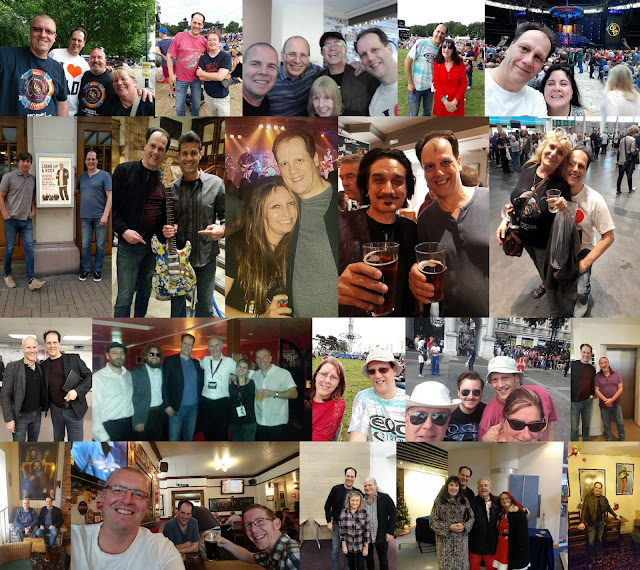 #1,362: What a year 2017 turned out to be for elobeatlesforever (elobf)! So much has happened in the last calendar year that writing this review has taken much time. Where do I start? I guess the fact that ELO founding trio Jeff Lynne, Roy Wood and Bev Bevan were to be found performing relatively regularly (and will be doing so again in 2018) was again significant, as was their induction into the Rock & Roll Hall of Fame alongside Richard Tandy. We missed seeing RT this year and continue to wish him well in his recovery. The year finished with a knighthood for Beatles legend Ringo Starr. Let's hope Sir Jeff will follow in 12 months ...

This was a busy year for Yours Truly KJS with many gigs, albums and gigs to review as well as us seeing the good Dr. Roy Wood (finally) reach 70 years of age with ELO maestro Jeff joining him just yesterday! On a personal level, it was amazing to see elobf achieve the notable milestone of 2 million views in early November just a few days after my 50th birthday and only 17 months after elobf hit its first million in June 2016. On a sadder note, there we lost many musical heroes again in 2017 including Chuck Berry and (most tragically) Tom Petty, not forgetting The ELO Encounter percussionist Simon Dove who passed away just this last week. 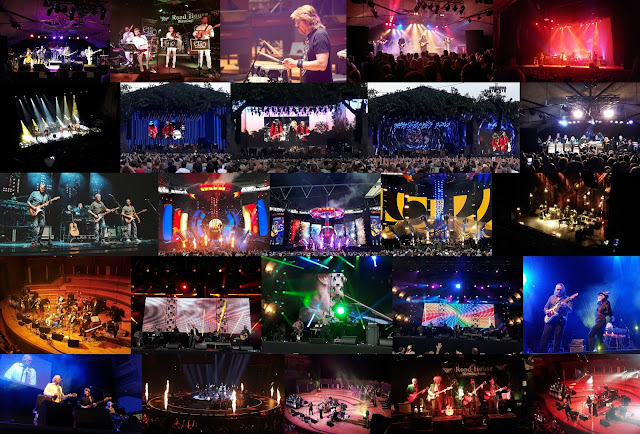 There were many gigs in 2017 that literally took ones breath away. the much anticipated Wembley spectacular on Saturday 24th June starring Jeff Lynne's ELO will forever live in my memory yielding a Top 10 album, many magic moments and the opportunity to meet in person friends and followers literally from "All Over The World" including the fabulously talented Jib Khan (the man behind elobf featured artiste Starflight).

It was also great to see The Orchestra (former members of ELO & ELO Part II) perform their excellent cameo at Rewind North in August (to an amazing audience reaction) and, of course, to again savour three superb Roy Wood dates as well as a couple of Stand Up & Rock! shows featuring Bev Bevan and Jasper Carrott (we look forward to the resumption of those SUAR shows in March - I'll be at Chesterfield!). ELO tribute bands were also a plenty in the last twelve months with some sublime live performances by The ELO Experience, ELO Again, Explosive Light Orchestra (ExpLO) and The ELO Encounter constantly raising the bar. Graham Gouldman and 10cc were also awesome in April and Take That delivered a stunning show in Liverpool in May whilst Bob Dylan joined my gig roster at Nottingham, kicking off a trio of Wilbury dates during the Summer that concluded with an absolutely brilliant show by Tom Petty (ably supported by Stevie Nicks) in July at Hyde Park.

elobf Gig of the Year
With TP suddenly passing away just under three months after his sole London appearance, I'd like to remember his two hour headline slot with The Heartbreakers at BST2017 as my fave gig of 2017 with EJLO at Wembley coming a very close second. My multimedia copies of "Wembley Or Bust" and the forthcoming 2018 world tour will provide more opportunities to see/hear Jeff Lynne's ELO live whereas the opportunity to see Charlie T. Wilbury Jr. again has forever passed. (Many thanx to Paul Scott for making sure I got to see TP!) 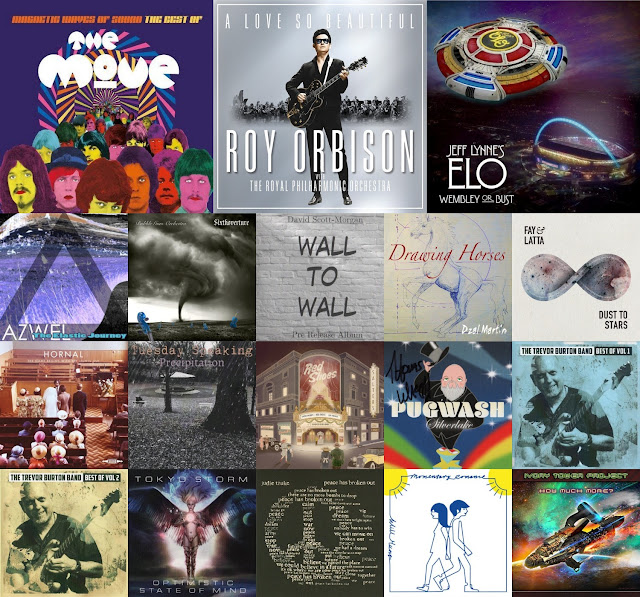 On the album front, this was another remarkable year for Jeff Lynne's ELO with live album "Wembley Or Bust" following "Alone In The Universe" into the Official UK Top 10 Album Chart and an orchestrated Roy Orbison also returning (in a fashion) with "A Love So Beautiful". The highly collectible (and delayed) "Out Of The Blue" 2LP picture disc set also charted as did "All Over The World" for many weeks. The Move also made a brief but welcome visit to the chart with their career overview "Magnetic Waves Of Sound". Magnificent new albums from Thomas Walsh's Pugwash ("Silverlake"), Judie Tzuke ("Peace Has Broken Out") and Michael Laine Hildebrandt's Bubble Gum Orchestra ("Sixthoverture") were highlights too.

elobf Album of the Year
Which brings me to the very difficult choice as to what was the elobeatlesforever (elobf) Album of the Year for 2017. I loved (and still love) all previously noted releases (and those in the above montage) but the record that stood out for me this year was Iain Hornal's classy 10cc tinged offering "The Game Begins With The Lights Out". A wonderful record worthy of more recognition.

Yours Truly KJS would like to take this opportunity to thank each and every visitor and contributor to elobeatlesforever (elobf) during 2017 and to also wish you a Happy, Peaceful, Prosperous if not ELOtastic New Year. See you on the other side folks!