The Diary of Jeff Lynne: Wembley Or Bust 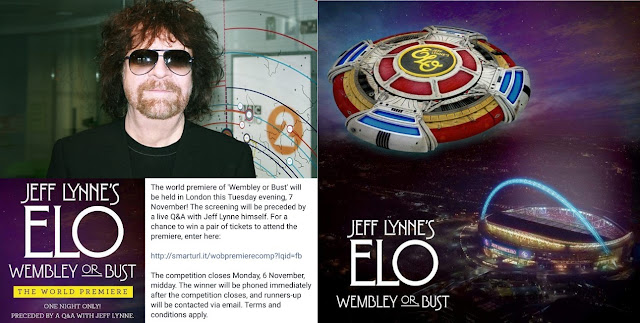 #1,335: The promotional juggernaut for "Wembley Or Bust" is now up and running as Jeff Lynne's ELO and Sony Music (via RCA in the UK) build towards the official release date of Friday 17th November in just two weeks time. The ELO maestro flew into the UK the other day in advance of a flurry of corporate engagements, media appearances and a world premiere (more on that below) before he returns to the States for a screening of the film in LA next week. Yours Truly KJS and elobeatlesforever (elobf) thought it would be worthwhile to compile this unofficial diary of the forthcoming events for you to peruse thus:

Tuesday 7th November
Following a live Q&A session with Jeff, the worldwide premiere of "Wembley Or Bust" will be held at The Electric Cinema in London. A competition to win a pair of tickets to attend this not-to-be-missed event is being run by Sony Music (UK) via this link thus:
forms.sonymusicfans.com/?forms=elo_comp_2017_11_02%2F&ss=0

Wednesday 8th November
Jeff will be getting to the point during Simon Mayo's Drivetime show on BBC Radio 2 just after 6:00PM.
www.bbc.co.uk/programmes/b09clvyh

Thursday 16th November
Jeff will attend a sold-out intimate screening of "Wembley Or Bust" at The Clive Davis Theatre within the Grammy Museum in Los Angeles followed by a Q&A session.
www.grammymuseum.org/events/detail/jeff-lynne 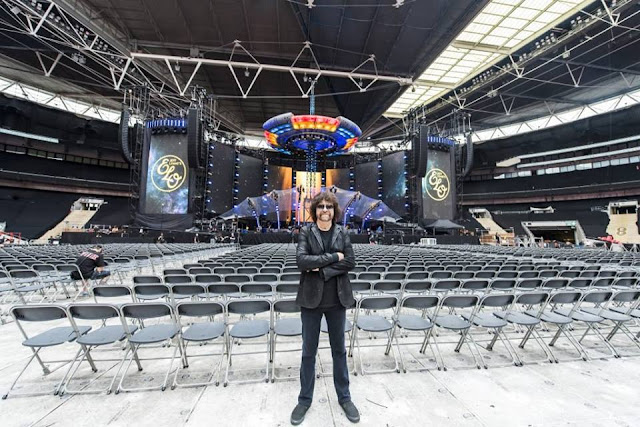 elobeatlesforever (elobf) recommends "Wembley Or Bust" to those enlightened folks who enjoy the music of ELO/Jeff Lynne, Roy Wood, 'Brum Beat', The Idle Race, The Traveling Wilburys, The Move, The Beatles and related artistes.