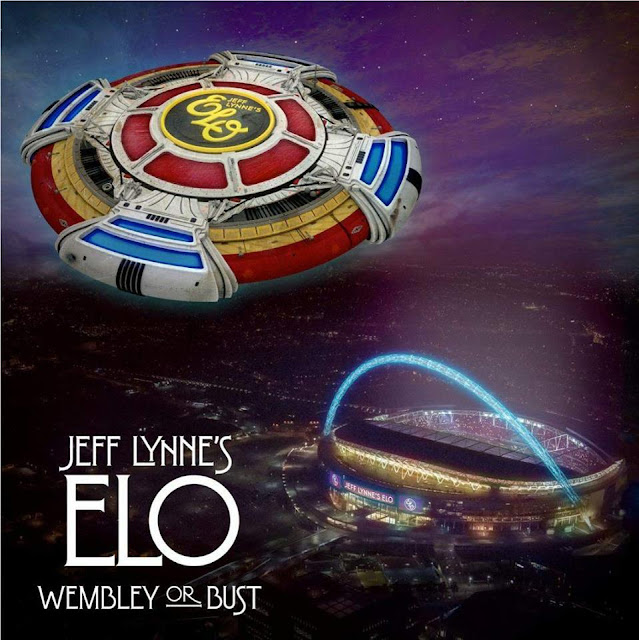 #1,326: As hinted at recently by elobeatlesforever (elobf), fans and collectors of all things Electric Light Orchestra (ELO) are to be treated to the audio visual release of the spectacular that was the Jeff Lynne's ELO date at Wembley back on Saturday 24th June. Entitled "Wembley Or Bust", the album is due for release via Big Trilby Records/Sony Music in digital, 2CD and 3LP boxed set formats on Friday 17th November with pre-orders now being taken via the official Jeff Lynne's ELO shop, amazon.co.uk, amazon.com, iTunes and other reputable vendors.

"Wembley Or Bust" comprises 23 tracks for the standard digital, 2CD and 3LP issues. The Deluxe Edition also includes a film of the critically acclaimed concert directed by Paul Dugdale in either DVD or Blu-Ray format. "Turn To Stone (Live at Wembley Stadium)" is now available to buy as a download or listen to via ELOVEVO as is a short trailer (see both below) to whet your appetite in advance of the full release. 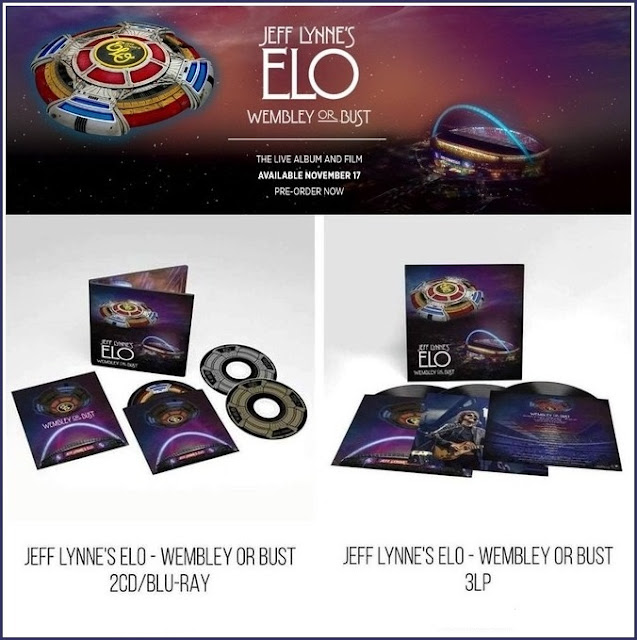 "Wembley Or Bust" by Jeff Lynne's ELO can be pre-ordered via these links thus: