Another Art Breaks: From Secret Messages to Long Wave 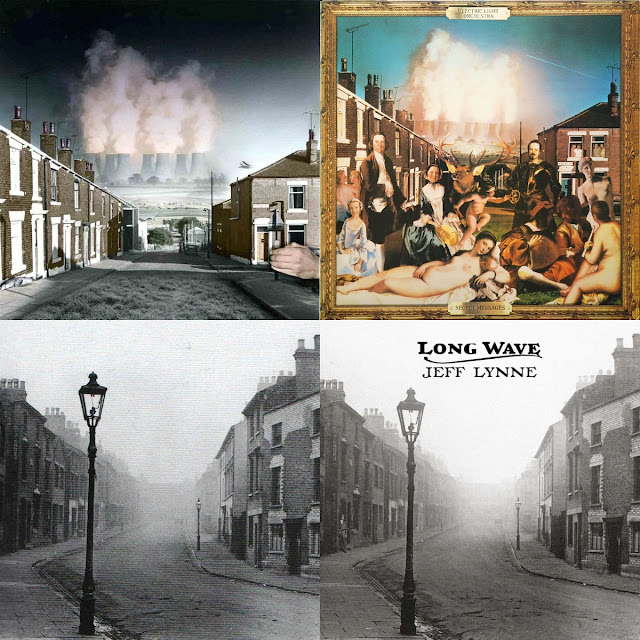 #1,329: From "Time" to "Time", the album artwork of ELO and Jeff Lynne has been derived from existing canvasses. This is especially the case betwixt two sleeves for two albums released almost three decades apart.

Back in 1983, ELO fans were treated to the visual montage adorning the tragically reduced 1LP issue of "Secret Messages" with the then four acknowledged members of ELO (Jeff Lynne, Bev Bevan, Richard Tandy and Kelly Groucutt) peeking out of two terraced windows at a scene including an angel, a stags head and classical art figures with cooling towers providing the backdrop. A little later we discovered that the album cover for "Secret Messages" - designed by David Costa - was based upon a piece of art entitled "The Future's A Bit Fishy, We've Got A Hand In It" (see above). Based on a street scene in Rochdale (Spring Mill Walk/Royal Street), you can see the differences between the former and the latter - including the addition of an upstairs window (see below for more info on that), a streaking meteor and much, much more! 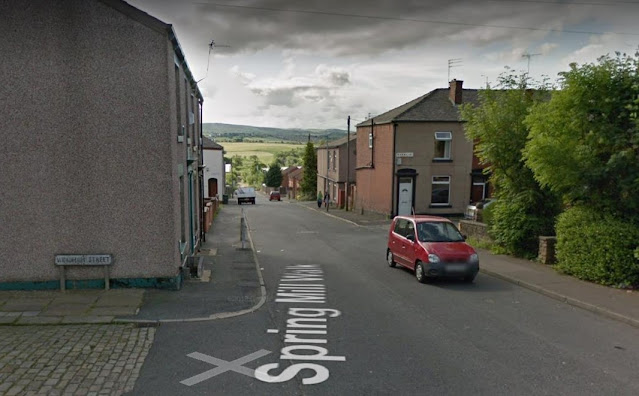 The original untinted photograph is found in the book "How Things Are" by Hag (K. Ostra Productions ISBN 0955311802) which can be purchased via this link: hagsphotography.com/contact
Fast forward 29 years and the release of Jeff Lynne's "Long Wave". An album of fifties and sixties standards lovingly recreated by the ELO maestro. For this record, a more subtle embellishment was in order. Based on an original 1951 photograph provided by acclaimed Birmingham author and historian Alton Douglas of The Steam Clock pub on the corner of Sherborne Street and Morville Street in Ladywood (see above), the image of Jeff Lynne (and guitar) emerging from a doorway was the only obvious difference aside from the shortening of a lamp post in the foreground to make room for the album title and, of course, the words JEFF LYNNE!

My thanx to Alton Douglas and Brewin Books Ltd. for their permission to use the aforementioned photograph in this article as found in the book "Birmingham: Back To The Fifties" (ISBN 1858582344) which can be purchased via this link thus: www.brewinbooks.com/alton_douglas/birmingham_back_to_the_fifties

elobeatlesforever (elobf) recommends "How Things Are" by Hag and "Birmingham: Back To The Fifties" by Alton Douglas to those enlightened folks who appreciate ELO/Jeff Lynne, Roy Wood, 'Brum Beat', The Idle Race, The Move, The Beatles and related artistes.