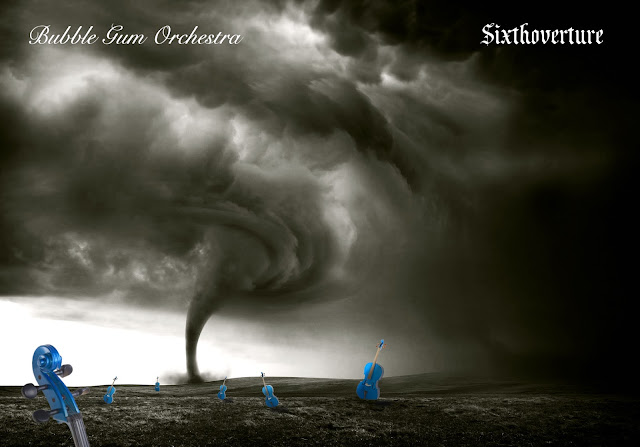 #1,318: Almost a year to the day since their two volume opus "Sticky Love Songs" hit the virtual shelves, Michael Laine Hildebrandt and his magical Bubble Gum Orchestra (BGO) have just released their sixth studio album - the aptly entitled "Sixthoverture" - taking the concept that is BGO to a whole new level in the opinion of this particular Wulfrunian writer.

"Sixthoverture" has been taken as dark and autobiographical by some reviewers but Yours Truly KJS sees BGO VI as an album of observation and in many respects, hope for the fallen with themes urging recovery, remembrance and revival. Technically, the eleven tracks on offer are ten more superlative MLH compositions and constructions preceded by the stirring "Prologue" that is "Cometh The Storm" yet with artwork depicting aft blue violins lying in the path of an oncoming twister, one could be forgiven for expecting a record that tears a path through the emotions but, for me, this album is a joy to behold with the bold assertion of "A New Kind Of Love Song" balanced by the honesty of "Lower Than Low", the unashamed message that "God Is Good", the entreating request to "Remember Me" and the quite brilliant closing anthem "Have I Told You". BGO long players are always replete with thought provoking lyrics and exquisite musical arrangements intermingled with elements of the classic ELO sound and Power Pop hence you will not be surprised that all those elements are on show here within "Sixthoverture". Perhaps the most remarkable song on offer here is lead single "The Beatles Made Me". Having tackled the subject of the major influence of a certain Brummie band with the iconic "ELO Forever" from "Beyond Time" (2014), "The Beatles Made Me" is a wonderful tune, intentionally or not, paying homage to The Fab Four and retaining all that is BGO whilst underpinning "Sixthoverture".

This is an album that is a delight to listen to and review, continuing what is now an accomplished series of records by Michael Laine Hildebrandt (with a little assistance from Les Farrington of Sugarbomb fame and brother Douglas). Fans of ELO, The Beatles and their musical relatives should take note and dish out their dollars forthwith! ★★★★★ 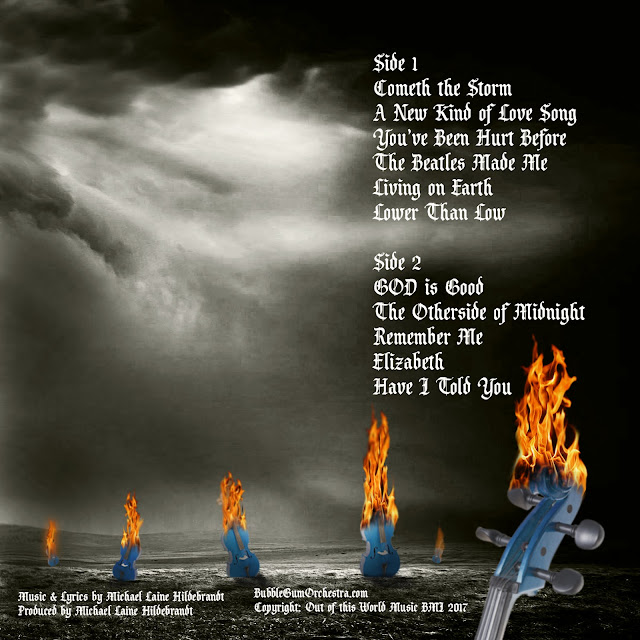 "Sixthoverture" by Bubble Gum Orchestra was released on Tuesday 19th September and can be ordered in digital format via this link thus:


elobeatlesforever (elobf) recommends "Sixthoverture" by Bubble Gum Orchestra to those enlightened folks who enjoy the music of ELO/Jeff Lynne, Roy Wood, The Move, The Idle Race, 'Brum Beat', The Beatles and related artistes.