Concept Theory: Time as a 2LP Too? 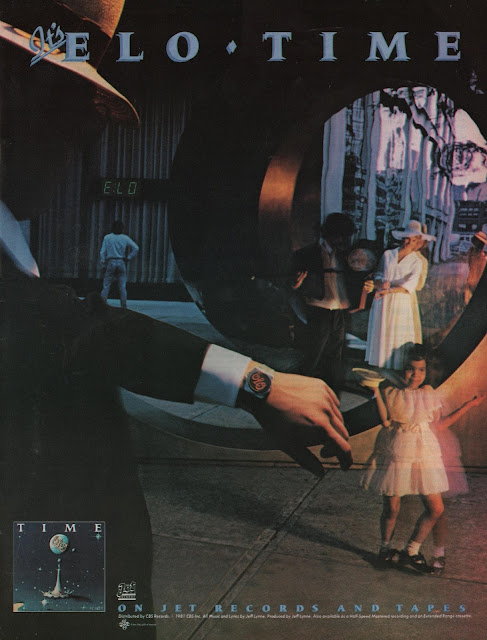 #1,321: Much has been made by elobeatlesforever (elobf) over most of the last decade about the aborted 2LP release of  ELO's 1983 album "Secret Messages" (JETDP402) replete, of course, with "Beatles Forever". The differences between the single and double album editions have been discussed often and many ELO fans - including Yours Truly KJS - still hope for a release that includes all eighteen (18) tracks, as originally intended by Jeff Lynne. Yet before "Secret Messages" (JETLX527) came "Time" (JETLP236) in July 1981 with thirteen (13) songs - including a "Prologue" and "Epilogue" - squeezed onto a single LP. "Time" always struck me as having a relatively high number of tracks for a single album especially when considering that "A New World Record" and "Discovery" only sported nine songs and "Face The Music" just the eight. 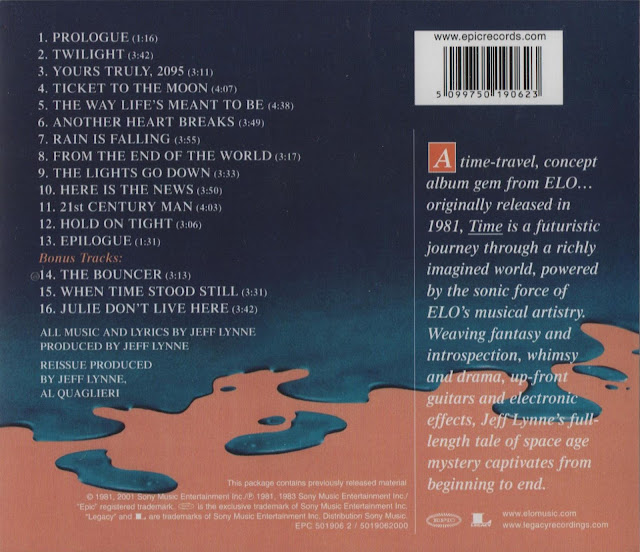 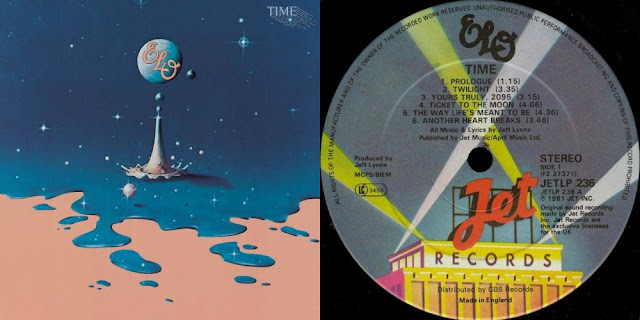 Note that it has also been reported that "Time" was slated to be issued as a double album split between a studio and live recording but this particular elobf article is musing on the potential that existed for a 2LP studio album. So the intent was there. Perhaps Jeff Lynne intended two ELO double albums in the early eighties and was frustrated on more than more occasion with Jet Records curtailing his ambitions. Perhaps not. But I think a concept album like "Time" might have been all the more magnificent in 2LP format. Quite where those three extra tracks would have fitted is also a subject for discussion. Thoughts? Opinions?