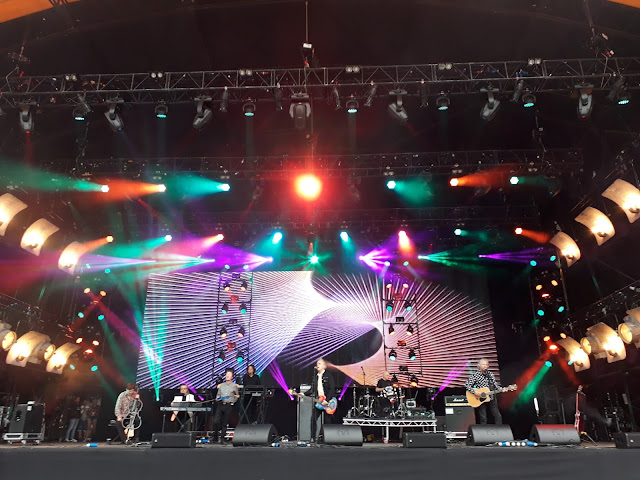 #1,304: It's been almost three and a half years since Yours Truly KJS had the opportunity to see and hear The Orchestra (Starring Former ELO Members) perform here in the UK hence their appearance at the ever popular Rewind North eighties bash in the the stately Cheshire grounds of Capesthorne Hall yesterday (Sunday 6th August) was always on the radar for elobeatlesforever (elobf) - especially as it was the first time that I'd seen The Orchestra play as a septet with Louis Clark joining his father on stage. 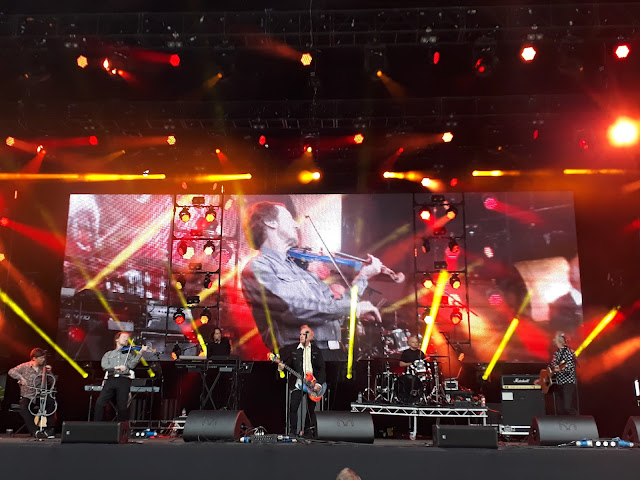 If their 2014 date at The Plug in Sheffield was impressive, then this festival cameo as delivered by The Orchestra was literally as out of this world as nearby Jodrell Bank. As soon at the septet struck up the first notes of "Evil Woman" on the coolest (temperature wise) of August afternoons, they had the watching masses on their feet, singing along and eating out of their hands as they dipped into five ELO albums and delivered those Jeff Lynne penned hits (see set list below) that we all know and love to raucous applause and very visible excitement. 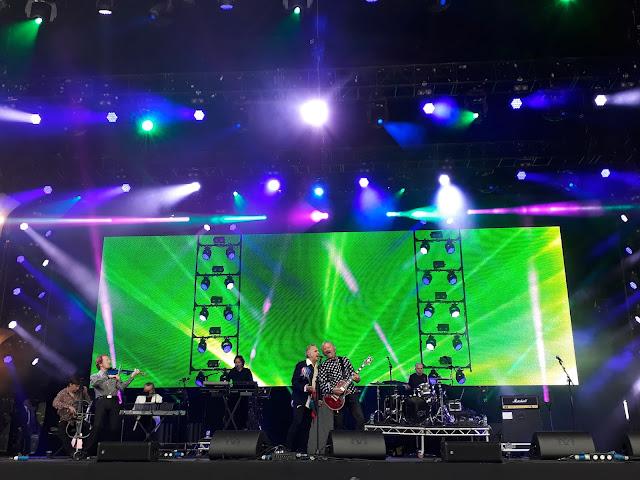 Without any bias, it would be true to say that their 40 minute slot transformed proceedings, providing a real feel good factor whilst riding of the crest of the wave of current ELO popularity. The only problem with a performance such as this is that it leaves you wanting more! Let's hope that the crowd reaction and this electric light fantastic show will lead to some long overdue UK dates by The Orchestra soon. It's been said that a picture can say more than a thousand words so I hope that you will find that this somewhat brief review (with plenty of surprisingly good KJS photos) adequately portrays what was a tremendous gig! 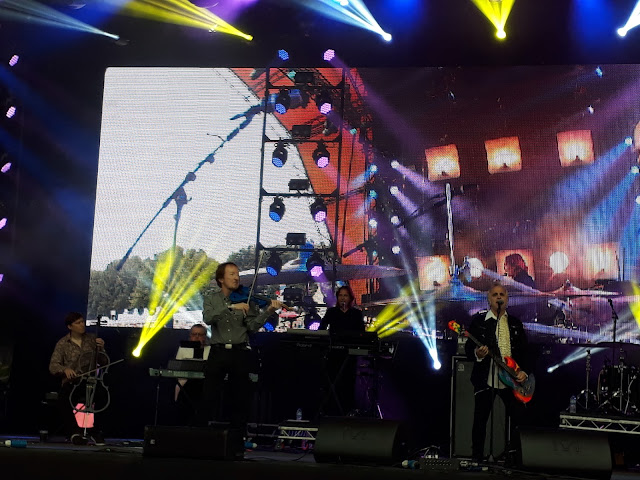 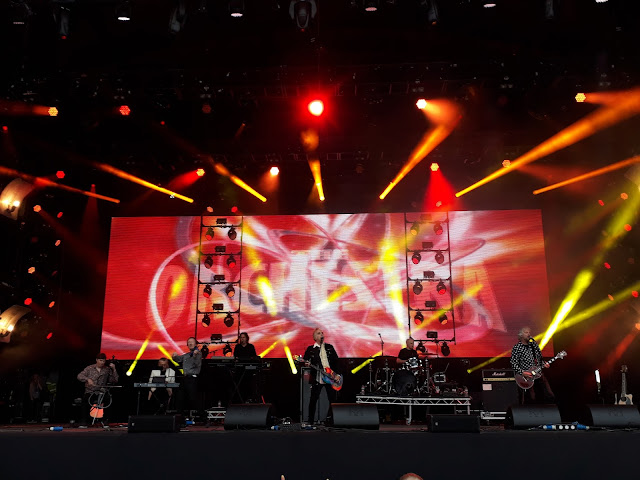 Check out The Orchestra's official web site for more information via the link below thus: