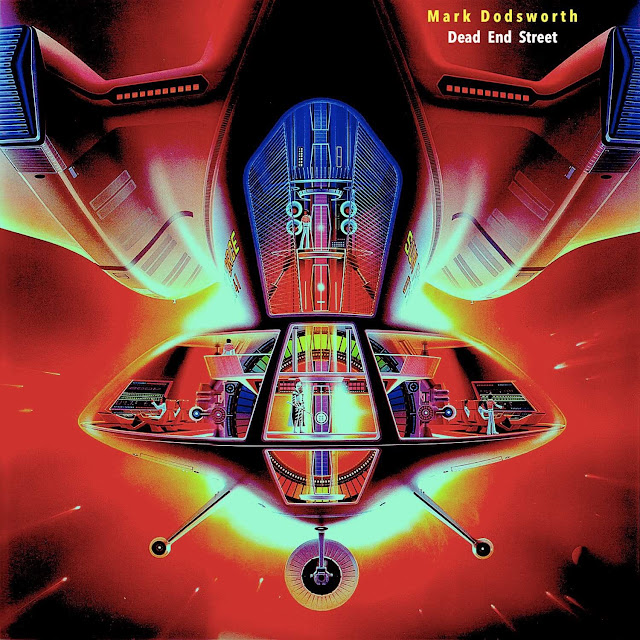 elobeatlesforever (elobf) are pleased to endorse and support the recording which has an interesting emphasis upon ELO album gems as opposed to the hit singles we all all know and love. Yours Truly KJS contacted Mark last weekend and asked him for an overview of "Dead End Street" thus:

"Hi Keith! First and foremost, I am not much of a musician, I can't read music, I have only been playing keyboard about a year. It's just a part time hobby, but I do enjoy it. Some tracks are better than others but I'm proud of what I have achieved. Jeff has been a massive influence. The first time I mixed my version of 'Shangri-La' and played it back, loud. I was overwhelmed. At that moment in time, I understood why Jeff does it. It was like a drug, to record, produce and mix something you had created from scratch.

I started home recording about 18 months ago, the first proper track was "Secret Messages", hidden with lots of hidden messages, for example down the lane and far away is spoken backwards and the morse code in the song is spells www.youtube.com/tedblight just to name a few. The vocals are by Caz Burton who I met on www.bandhub.com which is a great, free, site for meeting amateur musicians. She did a great job considering she's never heard the song before. "Ordinary Dream" was the first song Andy Elton recorded with me, He's a massive ELO fan from the same town as me, we lost touch for about 20 years, and bumped into each other at Sheffield concert last year, since then we have recorded regularly. He's a great friend and the nicest guy you could wish to meet. This song had a seal of approval from someone close to Jeff, which made our day. "Mercy Mercy" is a simple song to record. The rear sleeve note says all song written by Jeff. This was a deliberate error, I felt the rear cover artwork was getting to over crowded with text. Speaking of which, I tried to keep the text layout etc the same as "Out Of The Blue" to try and give it ... a familiar feel. The bar code is the OOTB CD bar code for example!

"Kuiama" is one of my faves on the CD. It was a epic challenge to record, Andy and myself did record this 20 years ago on VHS so it was nice to revisit it. I knew I had to do is justice as it is a fan favourite. The vocal echos where a challenge but turned out great. I sing the vocals on the second part. Or at least, try to. "Mission (A New World Record)" is the first song that I did by replacing the vocals with guitar. Simply because at the time, I had no one to sing on my song and I can't sing. So playing the guitar was the only option. I think the song really lifts off at the key change and the choir kicks in. Fans seem to like this track and cry out for me to do "Shangri-La" too. "Twilight" was a challenge. I has just got a new keyboard, a Native Instruments S49, and I wanted to do something from "Time". "Prologue" gave me the opportunity to use the vocoder. So I spoke it on this track, the first few versions, I sounded rather camp but eventually, after playing around with the notes, I managed to get a version that seemed to work. Andy sung it and the piano solo which I thought would take forever actually only took one take!

"Ticket To The Moon" was again, a collaboration on www.bandhub.com with Javier. What I really like about this version is how well the astronauts FX fit into the song and the Jeff Lynne sound bite fits in perfectly, I guess I got lucky. "Getting To The Point" has a fantastic vocal performance by Andy. Lots of layers on it but you can't tell. We worked really hard at this and I think it turned out really good. "Baby I Apologise" was difficult to record and I couldn't understand why because the original is only a demo. So why was it so hard for me to get it sounding good - especially since my tech is so futuristic compared to what Jeff had back then? I'm not sure, but anyway, I speak the middle section and Andy sings. He loves this track and he's done a couple of versions over the years.

"Another Heart Breaks" is one of my faves for several reasons. It has a lot of thumbs ups on YouTube so fans seem to like it. I got the keyboards and drums sounding just like the original. The guitar took a lot of practice but I think I did a good job considering that I was playing it by ear. "Shangri-La" is probably my favourite on the CD. It's a perfect storm. Everything just came together, the mix is great, I'm delighted with the guitar solo, the Andy's vocals are amazing and the outro synth is good. Love this song and I feel like we did it justice. Which is a bold statement as the fans are very protective of this song. And rightly so! "One Summer Dream" closes the CD. I love the original and I love Richard's outro piano on "Zoom Tour Live" DVD. I've always wanted to make a version that incorporates both versions. I'm very proud of how it turned out!

"Dead End Street" as you know, is the original version of "Sweet Talkin' Woman", I always wanted to do a ELO covers CD ever since I heard Paul McNulty's OOTB covers album "Into The Red". I thought it was amazing. As you can see, I prefer to do album tracks and avoid the mainstream singles, I think fans appreciate them more. The money raised from the CD will go towards MacMillan Cancer Support. Sadly, like most people, I have lost family and friends to cancer.

The CD is available for a minimum donation of £8.50 each (UK) or £12.50 each (worldwide) and the price includes post and packing. You can buy "Dead End Street" via www.paypal.me/elocovers (remember to included your address) or visit www.elocovers.com for more details. I'm really pleased that day one sales raised £49!" 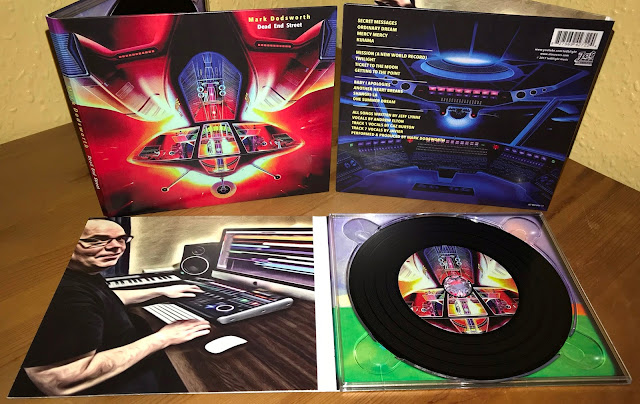 Find out more about and/or buy "Dead End Street" in CD format via these links thus: