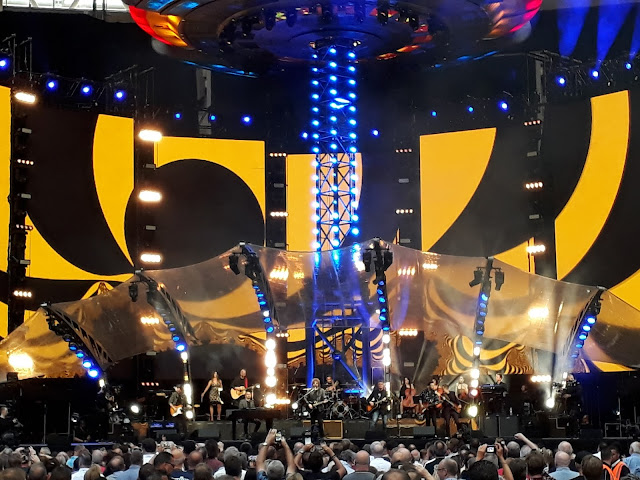 #1,289: Just under a year ago, whilst basking in the afterglow of a phenomenal performance at Glastonbury, fans of ELO were thrilled to hear the news that Jeff Lynne's ELO were to land at London's iconic Wembley Stadium for one glorious June night. Since then, elobeatlesforever (elobf) has been counting down the days to Saturday 24th June as the anticipation and excitement for the concert mounted in the wake of their April induction to the Rock & Roll Hall of Fame. 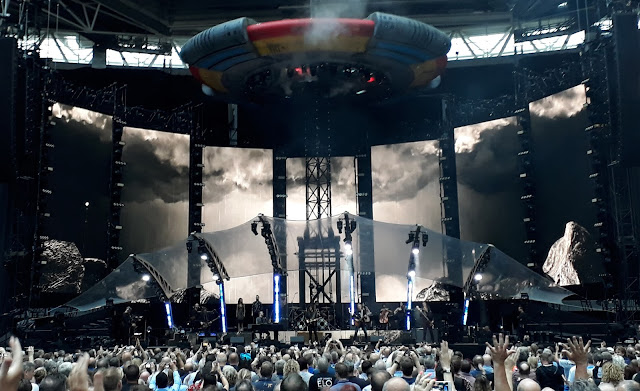 Ably supported by The Shires and Keane's Tom Chaplin on impressive solo duty, Jeff Lynne's ELO took their places on stage to the familiar sight and sound of rain and thunder to herald the first notes of "Concerto For A Rainy Day" and 'new' opener "Standin' In The Rain" (replacing last years "Tightrope"). The absence of the much missed Richard Tandy meant that Marcus Byrne again stepped up on piano and vocoder duties with Jeff promising the return of his right hand man on "the next leg of the tour". 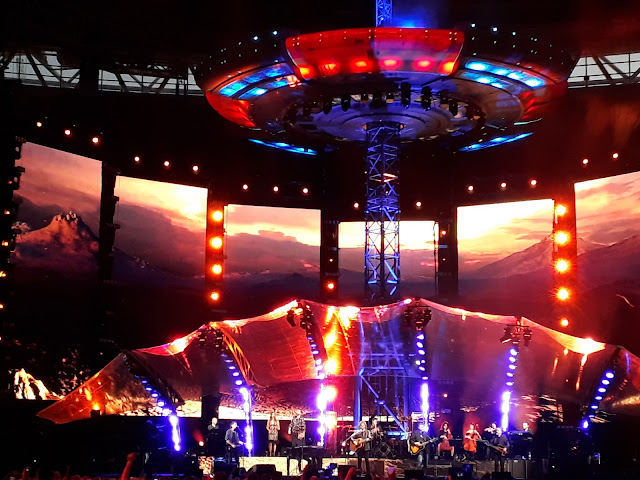 There's now an air of familiarity about Jeff's touring troupe of thirteen in 2017 and that on stage bond - much marshalled by ace Musical Director Mike Stevens - meant that they had as much fun on stage as the 70,000+ folks watching them, under a what could only be described as a marvellous re-imagination of the spaceship insert that graced the inside sleeve of many thousands of copies of the classic "Out Of The Blue" 2LP some forty (40) years earlier upon a stage design that was literally out of this world. 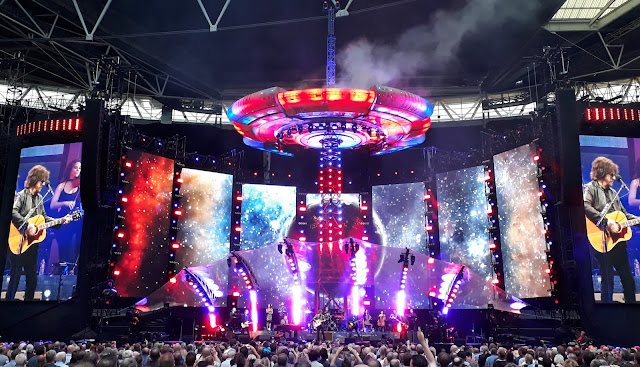 A radical set list change was also confirmed following on from their Sheffield date three days earlier with four songs from the 2015 song roster including "Secret Messages" moved aside to accommodate a healthy influx of 'new' numbers including "Handle With Care", "Xanadu", "Ma Ma Ma Belle", "Last Train To London", "Do Ya" and "Twilight". All those song changes meant that those assembled got to see and hear an extended set of twenty three ELO classics in 110 minutes of sonic and visual excellence in perhaps the most atmospheric if not stratospheric of gigs thanks to the pre-show announcement that the show was being filmed for a future Blu-ray and DVD release, most likely in time to be included at the top of many a Christmas present list. 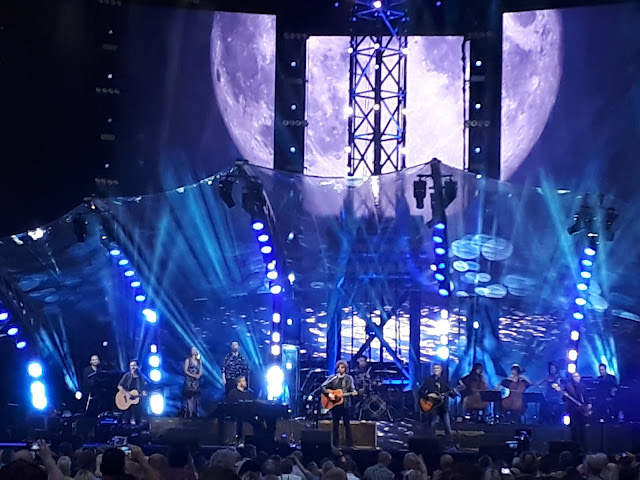 The beaming smiles and frequent breaking out into song of the throngs ensured that this electric light fantastic concert, lauded as one of the gigs of the year, more than lived up to its billing. Many a review has doubtless already been written and published about ELO's latest Wembley spectacular but, for me, this was a truly sublime experience - and sure to propel their #1 multi-platinum selling "All Over The World" compilation back up the album charts! 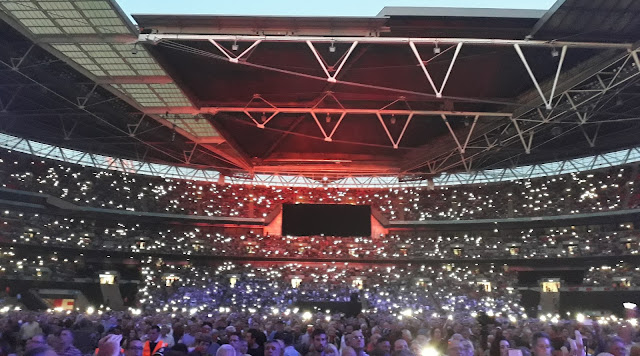 It was truly momentous for this writer to hear Jeff deliver the vocals for "Twilight", "Handle With Care", "Do Ya", "Last Train To London" and "Ma Ma Ma Belle" for the first time, having listened to them as records for years! On such a night as this was, it's difficult to choose a fave but if you pushed me, I'd have to say that "Standin' In The Rain", "Ma Ma Ma Belle", "Do Ya" and "Twilight" were special. Yours Truly KJS did miss "Secret Messages" though, for obvious reasons. May the next ELO tour also be as dramatic, entertaining and wonderful as this one with perhaps a song too from (of course) "Secret Messages" and "Balance Of Power" to top it off ... 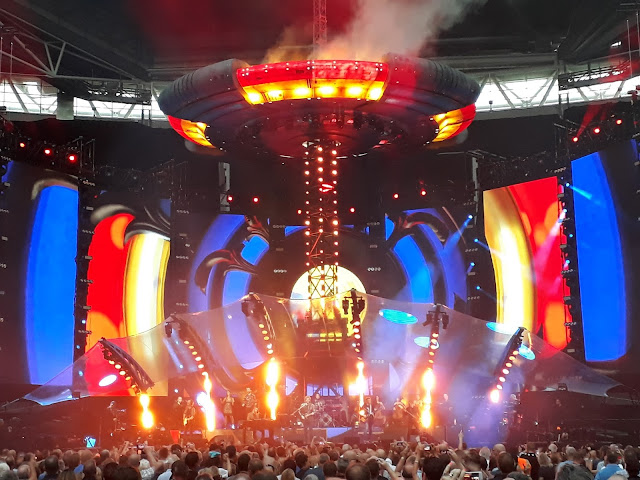