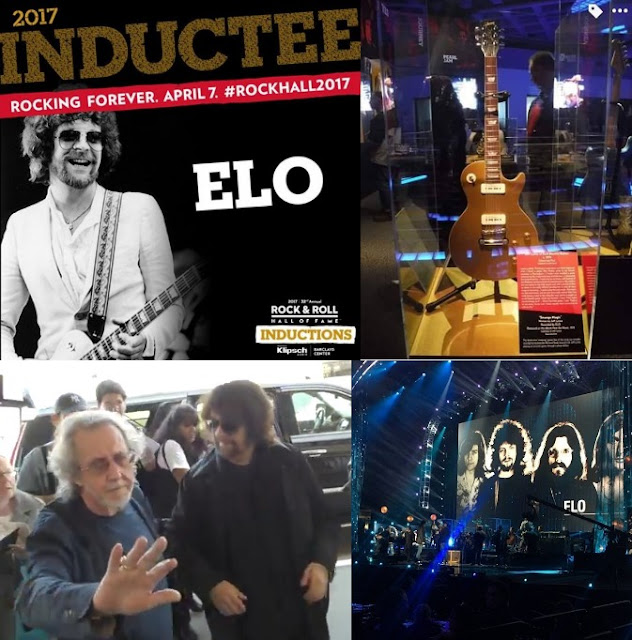 #1,260: Hello ... Hello ... my old friends ... It's great to see you once again! Preparations for Jeff Lynne and the Electric Light Orchestra (ELO) to be inducted by Dhani Harrison at the Rock & Roll Hall Of Fame (RRHOF) ceremony tomorrow night (Friday 7th April) in Brooklyn are now nearing completion with footage of both the stage construction at The Barclays Center and Jeff leaving LA en route to New York now appearing online. The golden Gibson guitar used by the ELO maestro during the bands earlier touring years is also now on display at the RRHOF museum in Cleveland.
There appears to be no live streaming planned for the event save for a ticketed streaming party at the RRHOF museum itself. HBO are to broadcast edited highlights of the ceremony on Saturday 29th April at 8PM ET. Subscribers to SiriusXM Radio will also be able to tune and listen to the entire show as it happens. 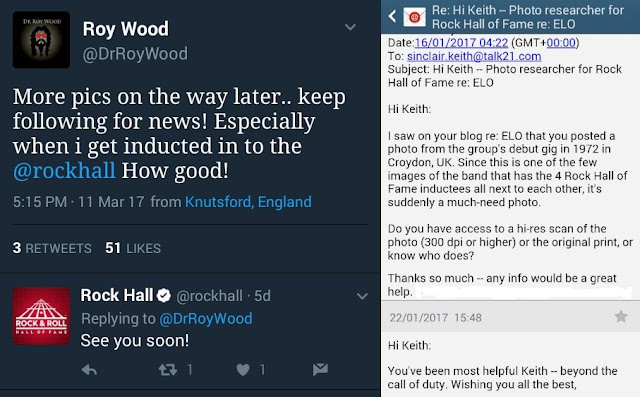 Fellow ELO founder Roy Wood recently dropped a heavy hint via Twitter on Saturday 11th March stating: "keep following for news! Especially when I get inducted in to the @rockhall How good!" with the RRHoF replying: "See you soon!" a few days later. We already know that Bev Bevan won't be there but we're also hopeful that Jeff's right hand man Richard Tandy will be in attendance too.

Yours Truly KJS and ELO Beatles Forever (ELOBF) were honoured to play a supporting role in the event following a direct request by organisers in January for high resolution photographs featuring all four RRHoF nominees together in one frame.