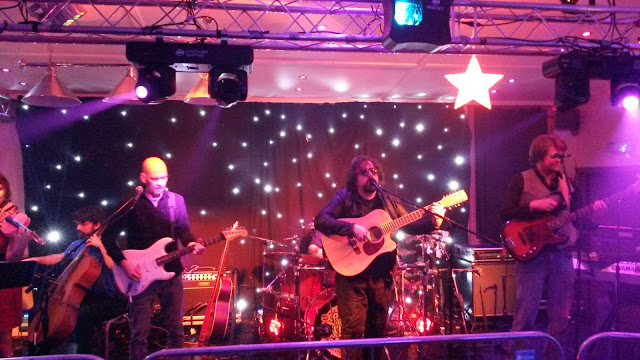 #1,212: Hello ... Hello ... my old friends ... It's great to see you once again! A fair few things have happened in the 19 months since Yours Truly KJS last attended an Explosive Light Orchestra (ExpLO) gig. In that "Time", elobeatlesforever (elobf) has nudged over 1.3 million views and the South Wales based band have expanded (or even exploded) into an octet replete with string section for the larger venues in which they are now performing. Their final date of a successful year just happened to be just down the road in Birmingham - the home town, of course, of ELO - on the night of Saturday 17th December at The Second City Bar and Lounge. 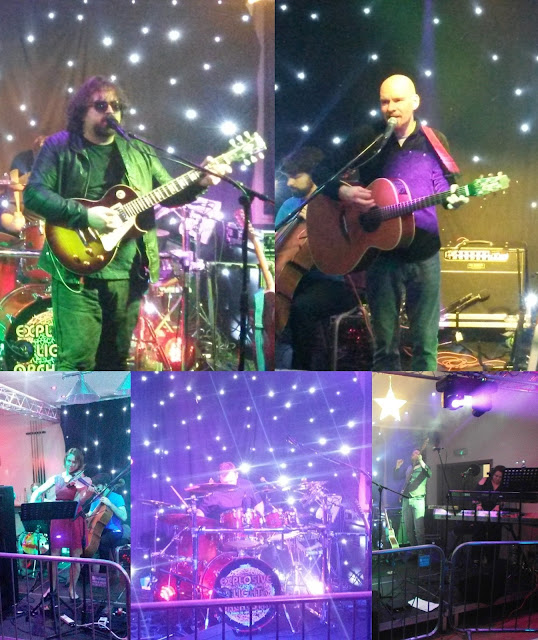 And the 20 mile trip to Kingstanding, just 7 miles from Shard End, was more than worth it as the band I affectionately term ExpLO delivered a polished and accurate reproduction of ELO's hits all the way from "10538 Overture" through to "When I Was A Boy". A packed house of Brummies rocked and rolled the night away as the string section blended beautifully with the rhythm section, augmented by the wonderful keyboards of Sarah Fowler. Wigs have been ditched in favour of the natural and ExpLO have matured greatly since they were last reviewed by elobeatlesforever (elobf).

Confidence oozed from Robin Myles as he delivered the vocals of ELO maestro Jeff Lynne. I was also struck by the bands tightness as a unit. Drummer Dave Purkiss' skill and attention to detail was top notch, as were the bass playing and vocals of Aidan Thorne. Of particular note had to be the guitar prowess of Jason Ball - who provided not only vocals (particularly the intro to "Rockaria!") but also a goodly banter with the assembled audience with a much more prominent presence. Violinist Xenia Porteous played beautifully, her almost permanent smile charming many. Although a little hidden from full view, cellists Jimmy Ottley and Abi Blackman were a vital element in their impressive and cohesive sound. Fave songs on the night were: "10538 Overture", "Can't Get It Out Of My Head", "Strange Magic", "Ma Ma Ma Belle" and "When I Was A Boy" but the rest weren't 'arf bad either! Without a doubt, ExpLO are now ready to advance to bigger stages whilst adding their unique flavour to a now healthy pool of ELO tribute bands. Their debut at The Robin 2 next Spring on Saturday 6th May is certainly one to pencil in your gig diary. 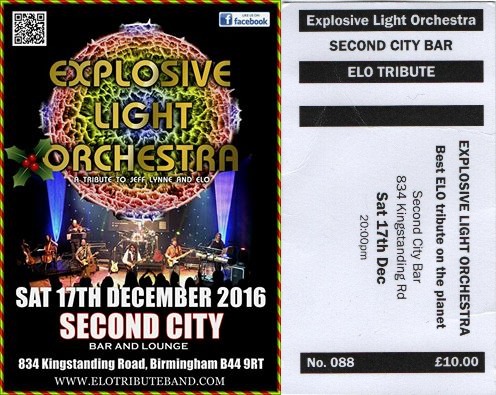 Find out more about ExpLO and their tour dates next year via their official sites thus: