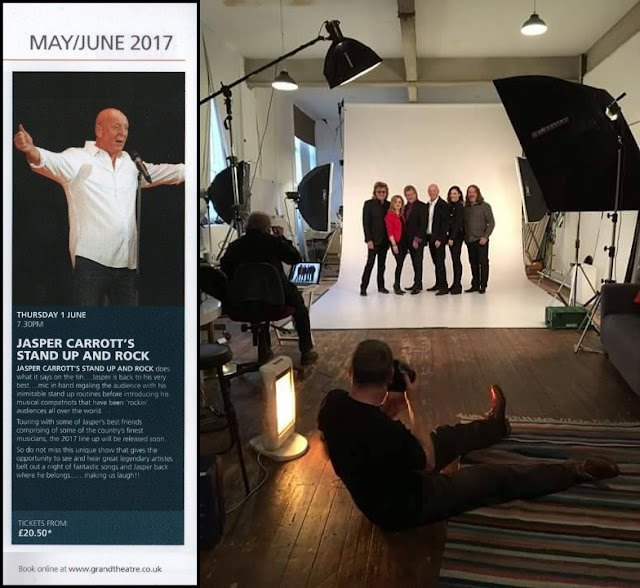 #1,199: Hello ... Hello ... my old friends ... It's great to see you once again! Thanks to Wolverhampton's Grand Theatre Winter 2016 into Summer 2017 brochure, several theatre web sites, a certain photograph published via the official Brian Yeates Associates Facebook page on Tuesday 15th November (see above for both images) and a new tour poster (see below), it appears that we can again look forward to seeing Jasper Carrott and Bev Bevan embarking on another series of Stand Up & Rock! dates next year after a two year hiatus. 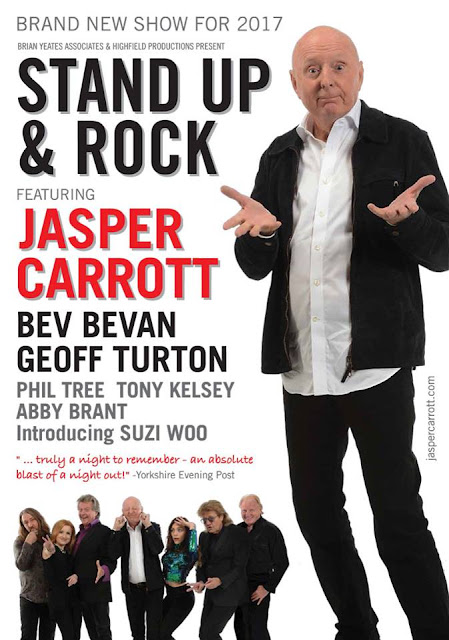 The line-up of the show will also feature Geoff Turton, Tony Kelsey, Phil Tree, Abby Brant and new girl Suzi Woo (from the excellent Suzi & The Backbeats). Note that Quill leading lady Joy Strachan-Brain will not be participating in the show this time around. Confirmed dates (click on each link for further details), at the time of writing, are:

Find out more about the tour, the venues and dates via these links thus:
www.jaspercarrott.com/tour-dates
yeatesentertainment.co.uk/touring-shows/jasper-carrott-stand-up-and-rock/671

elobeatlesforever (elobf) recommends Stand Up & Rock! to those enlightened folks who enjoy the music of ELO/Jeff Lynne, The Move, Roy Wood, The Idle Race, 'Brum Beat', The Beatles and related artistes.