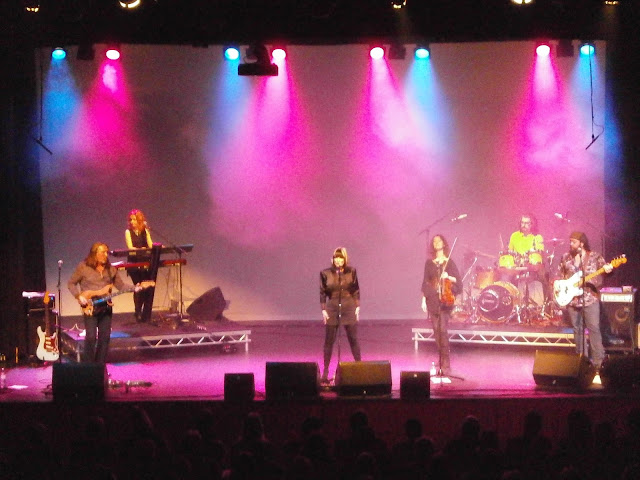 #1,202: Hello ... Hello ... my old friends ... It's great to see you once again! The opportunity to go see Midlands legend Steve Gibbons (and band) and the mighty Quill share the same bill at The Prince Of Wales Theatre in nearby Cannock on Saturday night (26th November) proved much too tempting for elobeatlesforever (elobf) and Yours Truly KJS as they combined to deliver an evening of the highest musicianship in front of an enthusiastic audience. 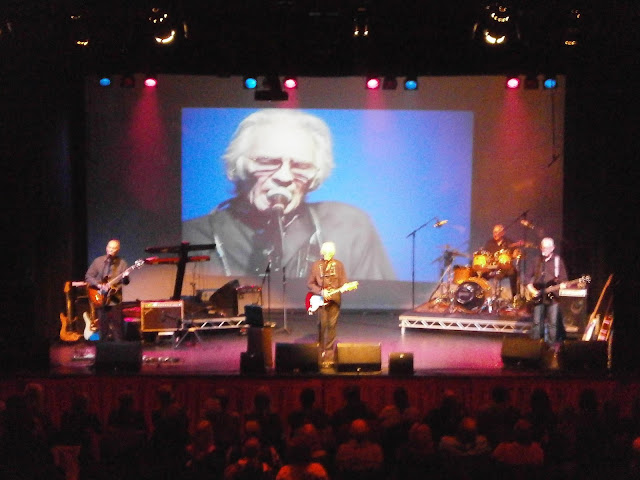 First up on stage was Steve Gibbons with his top class band. Belying his 75 years, this particular rock 'n' roll maestro took those assembled on a journey through his own personal inspirations - the likes of Carl Perkins, Buddy Holly, Elvis Presley and, of course, Bob Dylan - in a set that also included his own standards too. There was no "Tulane" on the night but that kind of didn't matter. I've had the opportunity to see Steve perform both solo and with SGB in the last week. If nothing else, it has been a timely re-education regarding another local musician (with such a longstanding legacy) who deserves much more recognition and plaudits than has been afforded him to date.

The short interval prepared us for the arrival of Joy Strachan-Brain and her reinvented Quill sextet, a merry band of minstrels if ever there were one! New song "Pretty Ribbons" was aired for the first time as was their forthcoming new single "Ghosts Of Christmas"  - watch out for an elobf feature on that soon! Alongside the newer tracks, which will form the backbone of their next studio album in 2017, Quill once again delivered some quite stunning covers in their set with "Can’t Find My Way Home", "A Showman's Life" and their marvellous take on "The Whole Of The Moon" once again highlights. Jeff Lynne's "Telephone Line" has almost been given a new life by Joy's haunting vocal and remains a personal fave. And how can anyone not shed a tear with the first note of The Beatles' "Golden Slumbers" heralds "The End" of another memorable show. You catch Quill for a final time this year on Saturday 10th December when they join up with The Robbie Blunt Band at The Civic Hall in Stourport-on-Severn (see below). 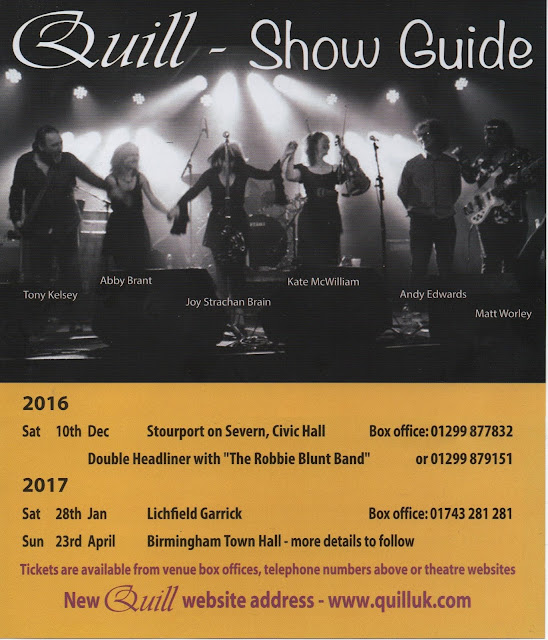 Find out what Quill and Steve Gibbons are up to via their official web sites thus: