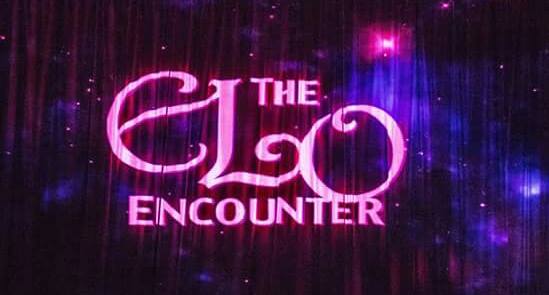 #1,176: Hello ... Hello ... my old friends ... It's great to see you once again! Simon Rownes - a fellow Wulfrunian who now resides in Colchester - dropped Yours Truly KJS a line recently to inform elobeatlesforever (elobf) that his new Essex based ELO tribute band - The ELO Encounter - were now up and running. Simon also told me about the inspiration for the new show:

"It’s a new undertaking for us, but something that has been in the pipeline for a good few years. We have always wanted to get out and play the fantastic music of ELO, but commitments to other shows held us back, but not any more! We finally made the decision after playing alongside The Move (with Bev and Trevor) recently. That was the final push we needed. For those who are interested, our shows are starting to be listed on ENTS:24 at: www.ents24.com/uk/tour-dates/elo-encounter."

The ELO Encounter are: Jack Rownes (Vocals/keyboards), Martin Donald (Guitars/vocals), Simon Dove (Drums) and Simon Rownes (Bass/vocals). You can find out more about The ELO Encounter via their various official sites thus:

elobeatlesforever (elobf) recommends The ELO Encounter to those enlightened folks who enjoy the music of ELO/Jeff Lynne, The Move, Roy Wood, The Idle Race, 'Brum Beat', The Beatles and related artistes.