#1,177: Hello ... Hello ... my old friends ... It's great to see you once again! In the eighteen months since Yours Truly KJS last experienced a concert by The ELO Experience, a lot has happened: a new Jeff Lynne's ELO studio album, an extensive tour promoting "Alone In The Universe", a #1 album and so much more! Hence, the short trip to the welcoming Prince of Wales Theatre in Cannock to see the Hull based ELO tribute act on the night of Friday 7th October was somewhat overdue. 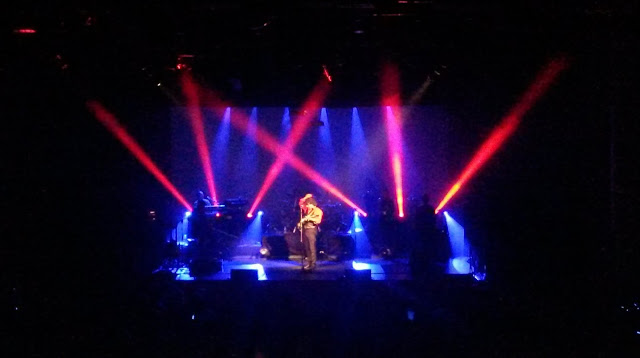 The ELO Experience never fail to deliver a stunning light and sound show and, if nothing else, this show oozed professionalism and class as they took the packed house on an entertaining and enjoyable journey through the ELO songbook from first single "10538 Overture" all the way through to the sentimental and autobiographical "When I Was A Boy". Apart from the Jeff Lynne penned classics that we all know and love, the audience were also treated to the inclusion of quite beautiful (and accurate) renditions of "Midnight Blue", "Tightrope" and "Across The Border" to make an expansive set list - somewhat complimentary to the million selling, chart topping compilation "All Over The World" - of the highest order. After fourteen ELO Experience gigs, one could run out of adjectives and praise for this group of musicians but, for me, a single word suffices on this occasion: "Bravo!" And, if The ELO Experience are playing near you: Go see 'em folks! 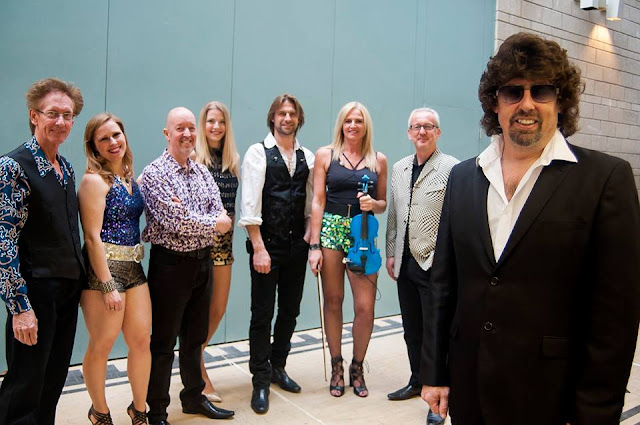 The ELO Experience continue to tour the UK extensively and you can view all their Tour Dates, sign their Guest Book and find out what they are currently up to via their official web site thus:

www.elotribute.com
elobeatlesforever (elobf) recommends The ELO Experience to those enlightened folks who enjoy the music of ELO/Jeff Lynne, The Move, Roy Wood, The Idle Race, The Beatles, 'Brum Beat' and all related artistes.
Until next "Time" in the ELO (and related) Universe ... KJS ... 09-Oct-2016
Posted by Keith J Sinclair at 09:13