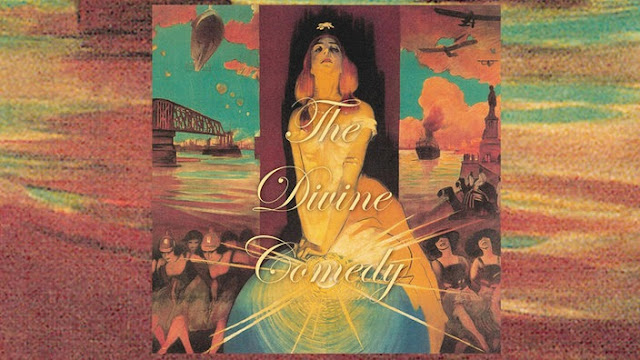 #1,162: Hello ... Hello ... my old friends ... It's great to see you once again! Neil Hannon is well renowned not only for his musical vehicle The Divine Comedy but also for his love of all things ELO and Jeff Lynne alongside fellow DLM batsman and Pugwash founder Thomas Walsh.

New album "Foreverland" [Divine Comedy Records #DCRL107CD] - released 2nd September and already a Top 10 Album Chart success in the UK and Ireland - is full of the quirkiness, lyrical gymnastics and outright wit that one comes to expect of the TDC maestro with some wonderful choral and orchestration arrangements added for good measure.

"Foreverland" is an album of contrasts, sliding effortlessly betwixt between the familiar musical monologues "I Joined The Foreign Legion [To Forget]" and "Other People" and such wondrous gems as the uplifting "My Happy Place", my personal fave "To The Rescue", the heartfelt "The One Who Loves You" and opener "Napoleon Complex", which features the vocal purity of Cathy Davey, as does "Funny Peculiar".  Lead single "Catherine The Great" is still ace with the ensuing "How Can You Leave Me On My Own" a great choice as second single, donkey et al!

Throughout this record is the imprint of the sweeping strings and that certain sound which unites fans of The Divine Comedy - now in their 27th year - and, of course, ELO. Sometimes an album meets expectations but "Foreverland" more than satisfies those who have awaited new TDC material in the six (6) year hiatus since "Bang Goes The Neighbourhood". From first chord to last note, this is an album well worth obtaining, listening to and enthusing over. I can only hope that my tardy search for a ticket to see them perform these tunes live during their forthcoming dates bears fruit! This could well be #elobeatlesforeverland! [9/10] 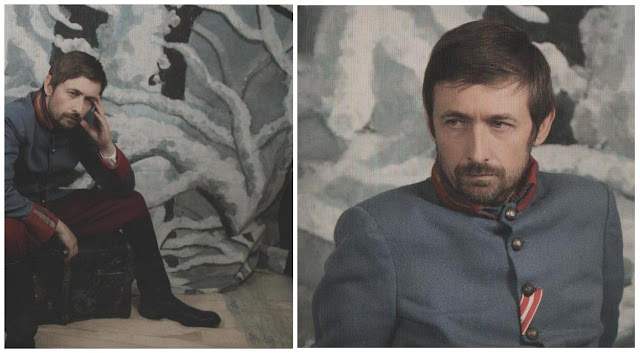 You can find out more about Neil Hannon, The Divine Comedy, their forthcoming tour and how to order "Foreverland" via these links thus:

Yours Truly KJS has also had the pleasure of meeting Neil alongside Tosh Flood one sunny afternoon in 2013 outside Nottingham Playhouse on the cusp of their Duckworth Lewis Method gig. I still remember discussing the vagaries of the music business and the legacy of The Small Faces with them, it being another memorable elobf moment.

elobeatlesforever (elobf) recommends "Foreverland" by The Divine Comedy to those enlightened folks who enjoy the music of ELO, Jeff Lynne, Roy Wood, The Move, The Idle Race, 'Brum Beat', The Beatles, Pugwash and related artistes.