Review: Eight Days A Week - The Touring Years (The Beatles) 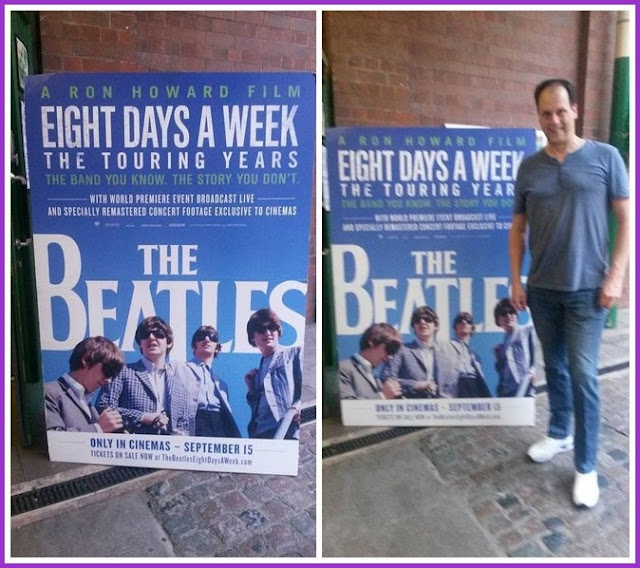 #1,165: Hello ... Hello ... my old friends ... It's great to see you once again! Filmmaker Ron Howard stated on the red carpet before his film was unveiled to the famous and not-so-famous tonight (Thursday 15th September) that he wanted to tell the story of The Beatles and their life on the road. And the acclaimed director has more than achieved his goal and delivered a stunning rockumentary with "Eight Days A Week: The Touring Years", a film which documents their career in a delicate, accurate and rather emotional manner before they retreated into the studio from 1966 onwards.

Filled with amazing footage of the band performing on stage from literally "All Over The World", the intimate words of John, Paul, George and Ringo from now and then, the film succeeded not only in drawing Yours Truly KJS five (5) decades back to the heady days of Beatlemania, it added colour to days that might have been presumed to be black and white. Vivid cinematography and excellent editing spliced with enhanced audio made this film an experience, especially when considering the wonderful additional thirty (30) minutes of restored footage of The Fab Four performing at Shea Stadium in all their glory that ran after the film credits had ceased.

What struck me most in the film was the undoubted talent of John Lennon - his mannerisms and quick wit, the amazing charisma of Brian Epstein and the way that the band were really and truly a band of brothers, all looking out for each other as their universes expanded so quickly. There were times during the movie when the footage of a young George and a relaxed John pulled the emotional strings and Ringo, it turns out, was not the token joker in the band. Paul, to me, came across almost as a workaholic whilst also being a steadying hand.

The ripples of laughter, the waves of singing and the lack of an empty seat in the cinema also told a story about this groundbreaking Liverpool band still making headlines today. Well done Ron Howard! I loved this film and I'm already looking forward to a future DVD/Blu-ray release. (10/10)
elobeatlesforever (elobf) recommends "Eight Days A Week: The Touring Years" by The Beatles to those enlightened folks who enjoy the music of ELO/Jeff Lynne, Roy Wood, The Move, The Idle Race, 'Brum Beat', The Traveling Wilburys and related artistes.