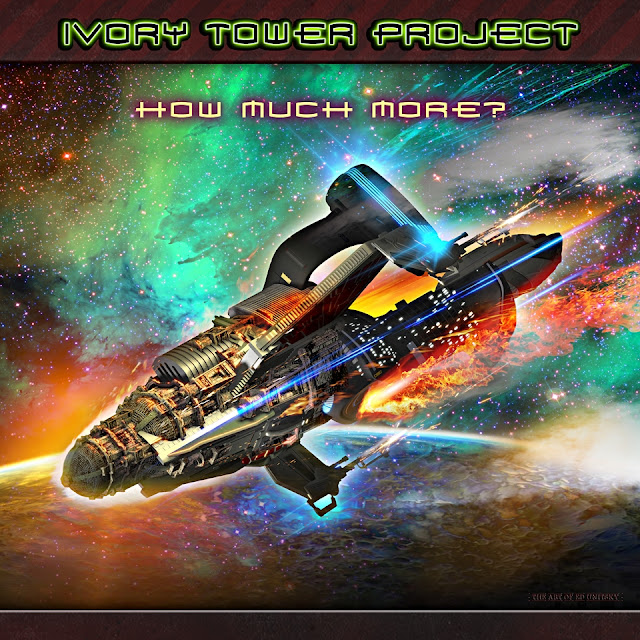 #1,171: Hello ... Hello ... my old friends ... It's great to see you once again! Back in June 2012, Yours Truly KJS reviewed the rather nice album "Red Hot" by Ivory Tower Project for elobeatlesforever (elobf). The New York based outfit, headed up by Mark Regula alongside Tony Novarro, has been somewhat busy in the ensuing four years and have ended their hiatus apparent with the digital release of their new album "How Much More?" back on 16th July with a physical release planned to follow  during 2017.

It will therefore come as no surprise to you that elobeatlesforever (elobf) will also be reviewing "How Much More?" soon! The album can be purchased in the meantime via these links thus:

elobeatlesforever (elobf) recommends "How Much More?" by Ivory Tower Project to those enlightened folks who enjoy the music of ELO, Jeff Lynne, Roy Wood, The Move, The Idle Race, 'Brum Beat', The Beatles and related artistes.