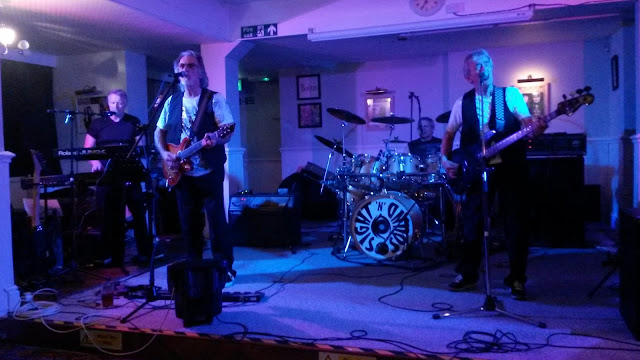 #1,139: Hello ... Hello ... my old friends ... It's great to see you once again! Sight 'n' Sound continued to enhance their reputation as one of the most renowned harmony bands to come out of the Midlands at The Foresters Tavern in Burntwood last night [Saturday 2nd July]. And, after almost fifty [50] years in existence in one form or another, the who band who count Mike Sheridan, Rick Price, Roger Spencer, Geoff Turton and Kelly Groucutt as former members continue to impress, deserving much to be performing in larger venues.

Yours Truly KJS has now seen, heard and experienced Sight 'n' Sound six times and upon each occasion, the reformed quartet have provided top class entertainment to those in attendance. The set list was familiar to this writer but still foot tappingly fresh with the notable added inclusion of a fourth ELO song slotted into the bands renowned ELO Medley - "Telephone Line". And it worked a treat with the brief a cappella intro of "Wild West Hero" blending effortlessly into the '76 ballad before we were treated to marvellous renditions of "Sweet Talkin' Woman" and [naturally] "Mr. Blue Sky", replete with full vocoder effect by keyboard maestro Paul Trappett. 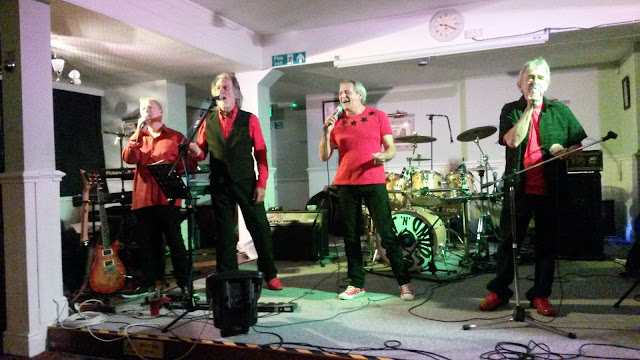 Sight 'n' Sound also perform a huge array of classic rock anthems in their roster of songs by the likes of The Eagles, Queen, Chicago, The Four Seasons and, of late, 10cc. You'll find "The Things We Do For Love" nestled in alongside the likes of Kansas' "Carry On My Wayward Son" and John Miles' epic "Music" in a two hour sonic overview of the highest order. The vocals of Brian, Neil, Warren and Paul are perfectly showcased too with their magnificent a cappella interpretation of Billy Joel's "The Longest Time" too. All in all, another enjoyable and Sight 'n' Sound show. Go see 'em folks!