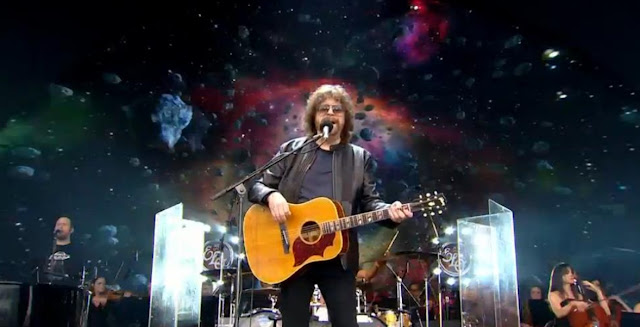 #1,135: Hello ... Hello ... my old friends ... It's great to see you once again! Jeff Lynne's ELO duly made their much anticipated bow on the Pyramid Stage at Glastonbury 2016 and proceeded to literally wow the near 150,000 festival goers in attendance with an inspired performance of their greatest hits to truly steal the show both in person at Worthy Farm and online "All Over the World". 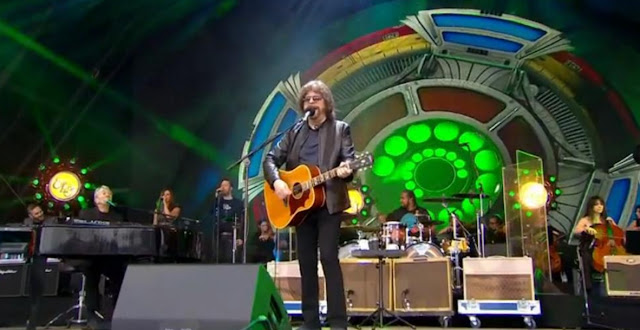 The ELO maestro conducted a fifteen song cameo that encompassed the ELO singles career from 1971-80 with a number of songs omitted from their recent "Alone In The Universe" arena tour with "When I Was A Boy" pleasingly retained for the 75 minute show. Conditions were damp but that did not deter those "Standin' In The Rain" from responding - and dancing - in response to the likes of "All Over The World", "Shine A Little Love", "Turn To Stone", "Sweet Talkin' Woman" and "Roll Over Beethoven".

This was very much an up tempo set with just the one slower number included and it was - rather aptly - capped by the nations #1 feel good song "Mr. Blue Sky" in such atypical British Summer conditions. It will now be interesting to see if this enjoyable parade of ELO classics will propel best-selling compilation "All Over The World" back up the UK Top 10, maybe even to #1. 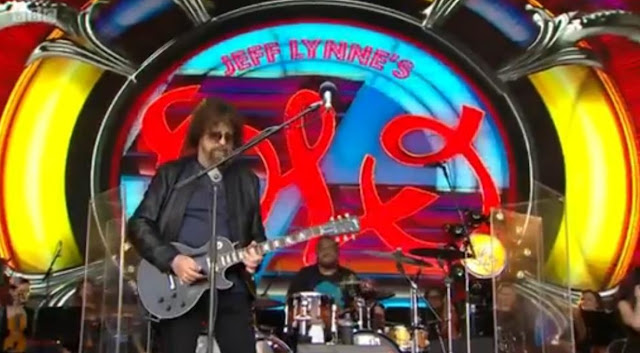 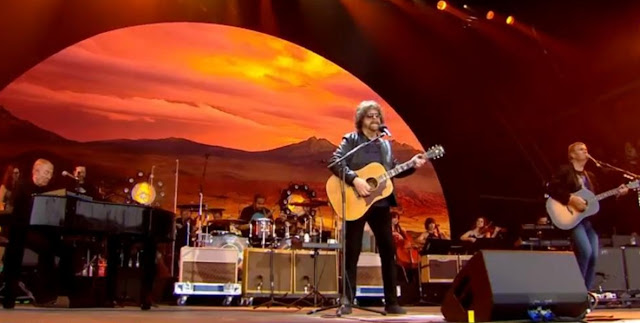 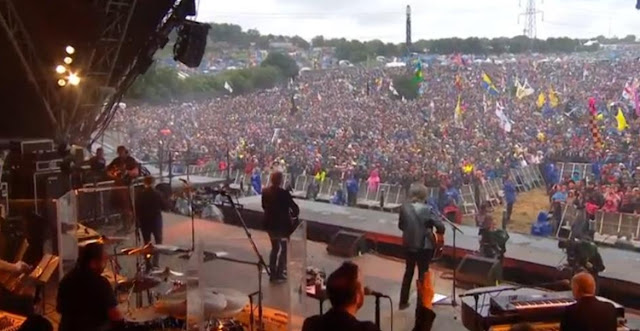