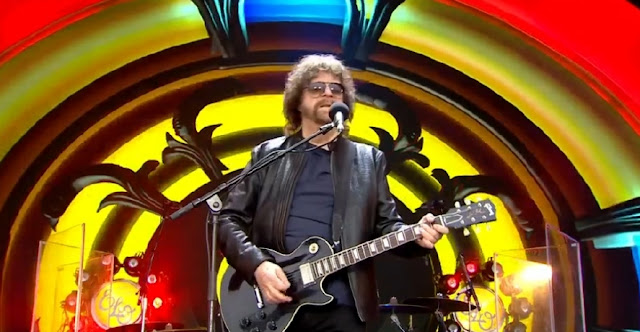 #1,136: Hello ... Hello ... my old friends ... It's great to see you once again! Jeff Lynne's ELO announced earlier this morning [Monday 27th June] that their recent hugely successful UK and European tour in support of latest album "Alone In The Universe" will be followed up next year with a prestigious date at Wembley Stadium in London "for one night only" on Saturday 24th June 2017. 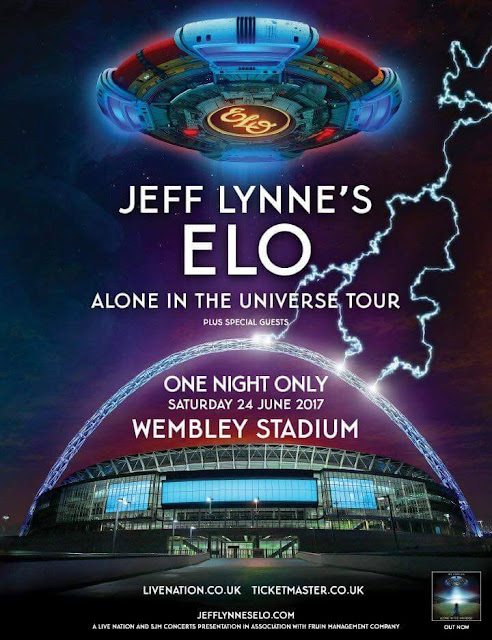 The press release is timed perfectly following their amazing Glastonbury debut yesterday. Jeff Lynne's ELO have now played in front of upwards of 300,000 people in 2016 so a huge ELO stadium gig next Summer is sure to be sold out in record "Time" as Jeff celebrates the record breaking 2005 compilation "All Over The World" selling over one million copies. Tickets are priced between £35 each and £110 each [*plus booking fees] thus:
elobeatlesforever (elobf) recommend Jeff Lynne's ELO to those enlightened folks who love ELO, Jeff Lynne, Roy Wood, 'Brum Beat', The Idle Race, The Traveling Wilburys, The Move, The Beatles and related artistes.