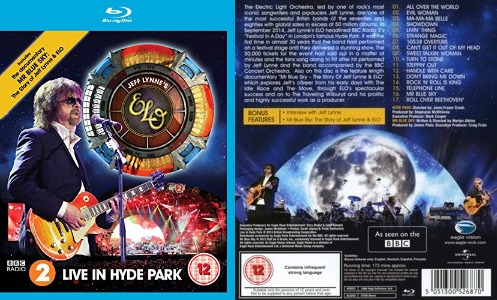 Released by Eagle Vision on Friday 11th September 2015 and complete with the acclaimed documentary "Mr. Blue Sky: The Story Of Jeff Lynne & ELO", the audio visual spectacular has spent 37 of the 39 weeks [or 9 months] since its release in the chart - including four [4] weeks at #1 - and an impressive 20 weeks in the Top 10, proving that the enduring popularity of the music of the Electric Light Orchestra is still "Burning Bright" on the way to 45 years after their debut self-titled album [or "No Answer" in the States] was issued in December 1971.