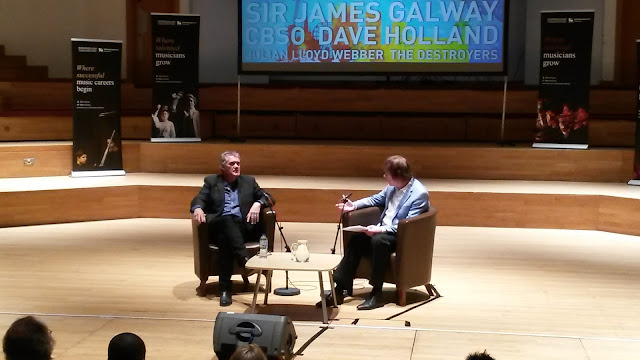 #1,122: Hello ... Hello ... my old friends ... It's great to see you once again! It was a real pleasure for Yours Truly KJS to be in attendance for the latest Birmingham City University City Talks event in the Adrian Boult Hall within Birmingham Conservatoire last night (Friday 3rd June) as Julian Lloyd Webber conducted an interesting and thought provoking interview with Mike Stevens ahead of the formal presentation of his Honorary Fellowship by BCU Vice Chancellor Cliff Allan.

The former Birmingham School of Music student - known by many as the Musical Director for Take That and Jeff Lynne's ELO - was asked about subjects including his long career, TT's's use of "Mr. Blue Sky" with "Shine", his classical training, how he approached working with Jeff Lynne, his thoughts on the necessity for reading versus memorising music and who he would have also liked to work with - the answer being the late David Bowie and Peter Gabriel. 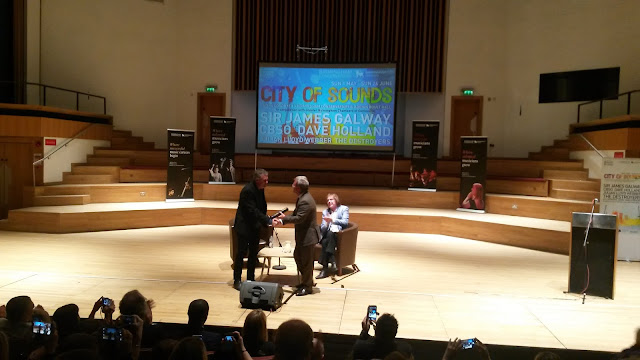 Mike told those assembled of his early ventures from the classical to progressive rock and beyond with stories of how he was signed to RCA Records thanks to a chance meeting with Leee John (later of Imagination) and how he also came to work with the likes of Dionne Warwick (at somewhat short notice), The Temptations, Bill Withers, Annie Lennox, Take That, 10cc, Graham Gouldman and many other greats, not forgetting that Mike also performed with ELO Part II founding member Pete Haycock and his band back in the day too.
The entertaining and informative evening discourse also included a nice, hearty congratulatory message from Jeff Lynne and also an affirmatory quote from Gary Barlow who stated recently: "I can’t imagine ever touring without him!" followed by the presentation and accompanying applause.

Mike will of course be performing with Take That for their 9th July spectacular at Hyde Park and with Jeff Lynne's ELO for their June dates at Manchester, Birmingham and Glastonbury as well as those American gigs at Radio City Hall (a venue he has yet to play) in New York and the Hollywood Bowl in Los Angeles. Much congrats are again extended by ELO Beatles Forever (ELOBF) to Mike Stevens upon his receiving this award in recognition of his musical journey.