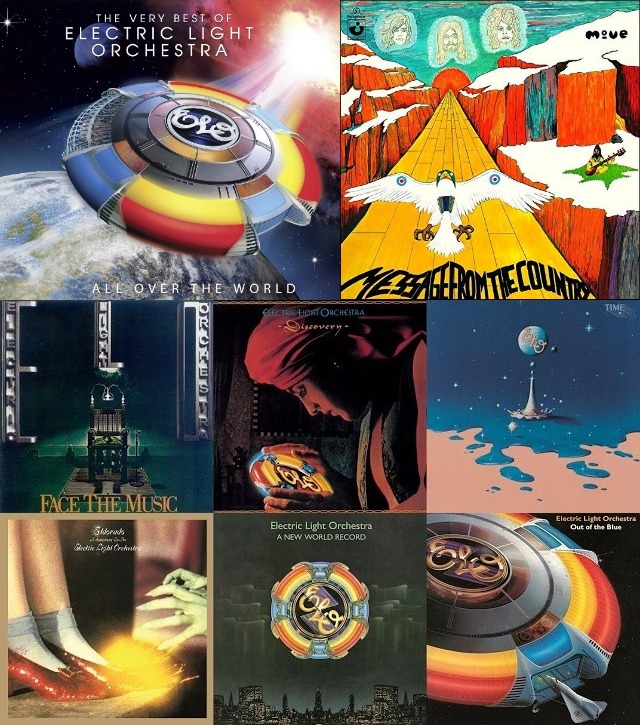 #1,117: Hello ... Hello ... my old friends ... It's great to see you once again! May and June 2016 are going to be a bumper months for collectors of new ELO and related vinyl with no less than eight albums scheduled for release! "Eldorado", "A New World Record" and "Out Of The Blue" will be released on Friday 27th May with "All Over The World" making its debut as a 2LP double album - complete with revamped artwork - two weeks later on Friday 10th June.

The clear vinyl issues of "Face The Music", "Discovery" and "Time" follow on Friday 24th June alongside The Move's "Message From The Country" just in "Time" for the appearance of Jeff Lynne's ELO at Glastonbury on Sunday 26th June.

Don't forget that those expanded Move releases of "Looking On" and their "Something Else" EP are also due for release soon alongside the reboot of The Traveling Wilburys Collection and "Pure McCartney". Find out more about this forthcoming album avalanche via these previous ELO Beatles Forever (ELOBF) articles thus: