#1,112: Hello ... Hello ... my old friends ... It's great to see you once again! The delayed Jeff Lynne's ELO concert in Dublin last night concluded a first wave of sell-out UK and European dates for the ELO maestro marking not only a momentous return to large scale touring but also fulfilling the dreams of many fans - old and new - some thirty years after those 1986 dates in support of "Balance Of Power". And that anticipation was more than satisfied for Yours Truly KJS, having waited for nigh on forty years to see Jeff in the flesh, after previous opportunities were missed due to a combination of bad luck and ill health. 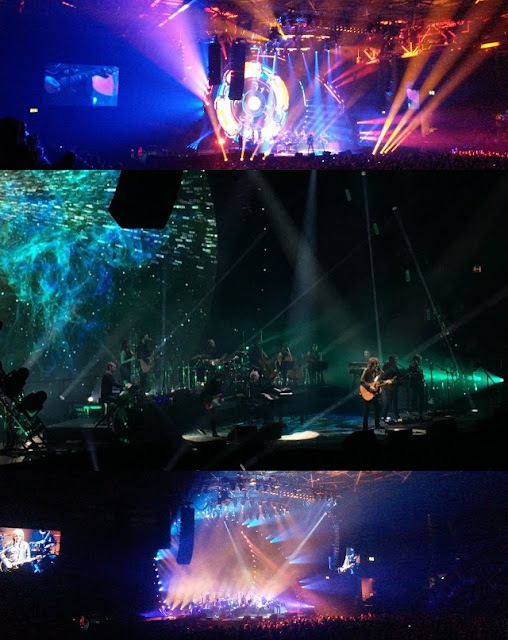 Around 200,000 people attended sixteen Jeff Lynne's ELO gigs at 12 venues in 32 days. We were treated to not only the ELO hits that we all know and love, we experienced an opening "Tightrope", two or three songs from "Alone In The Universe" and a quite magnificent rendering of "Secret Messages" that completely blew me away. Add to that the top class lighting and imagery, the wonderful keyboards of Richard Tandy plus the superb performances of the Jeff Lynne's ELO touring ensemble and your musical dream of the ultimate live ELO show was attained with a balanced set list that ticked all the boxes for this writer and most of the other thousands of attendees. 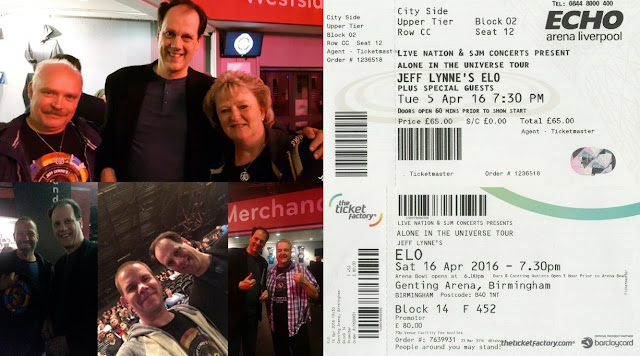 I was fortunate to be able to go see both the opening gig of the tour in Liverpool on Tuesday 5th April - a quite apt venue for ELO Beatles Forever (ELOBF) in the very home of The Beatles - and the return of ELO to "Down Home Town" Birmingham on Saturday 16th April. They were concerts that will long live in my memory due to the sheer spectacle and emotion of those events. It was great to meet up with fellow fans to mutually enthuse about our favourite band too. Some of us will get to do it all again when Jeff returns for those June dates in Manchester (Wednesday 22nd) and Birmingham (Friday 24th) before the much anticipated Glastonbury appearance on Sunday 26th. Our American friends will also get the opportunity to experience Jeff Lynne's ELO in New York and Los Angeles in September too this year. One thing is for sure: we all want more! Whether we have seen or will be seeing ELO this year, we should all thank our lucky stars we did or are going to!