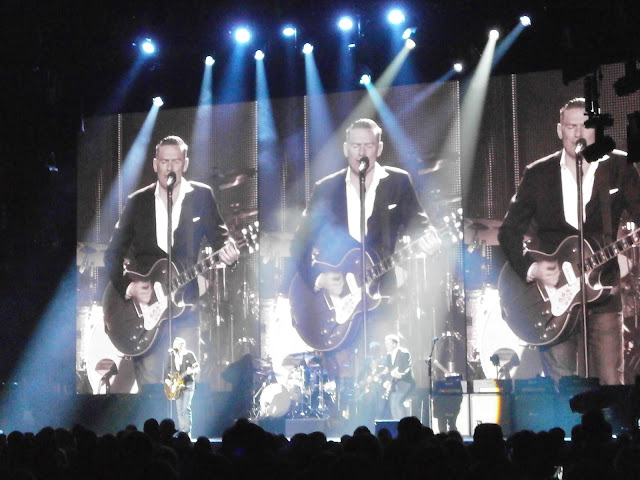 #1,107: Hello ... Hello ... my old friends ... It's great to see you once again! Most people, if asked, will mention a certain #1 single from 1991 and the album "Reckless" if asked about Bryan Adams. Yet the Canadian rocker has produced a much more varied and expansive career of musical output judging by the amazing concert he delivered at a packed to the rafters The Genting Arena [NEC] in Birmingham last night [Saturday 30th April] as part of his 2016 Get Up UK Tour. 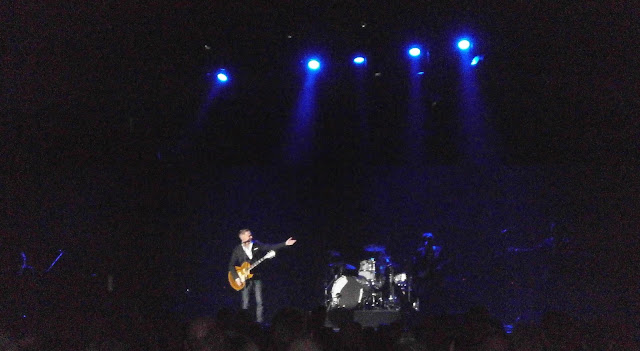 Yours Truly KJS had primarily pencilled in this gig to see what tracks from his thirteenth studio album "Get Up" - produced, of course, by our very own Jeff Lynne - would get the live treatment in front of over 15,000 fans. But from the very first notes of "Do What You Gotta Do", whereupon everyone seated around us stood up [and stayed up all night], this was an epic concert to showcase the impressive BA songbook from "Remember" [1980] all the way through to "Brand New Day" [2015]. The assembled throng loved it, singing along and lighting up the arena with their mobile phone lights to the delight of Bryan who, along with his polished quartet of Keith Scott [a truly amazing guitarist at the top of his game], Mickey Curry, Gary Breit and 'new boy' Phil Thornalley [the chap who co-wrote Natalie Imbruglia's "Torn" and many more, according to Bryan], gave the distinct impression of genuinely having a blast and enjoying themselves, despite the late start. 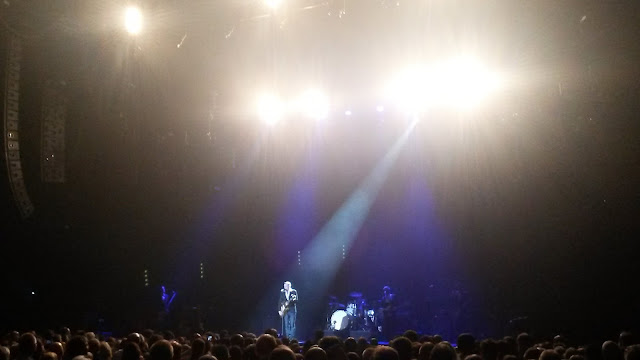 We saw and heard five [5] songs from "Get Up" in a two [2] hour set that also included "Don't Even Try", "Go Down Rockin'" and "You Belong To Me". The seven [7] song encore was equally entertaining with "C'mon Everybody" and "All Shook Up" covered plus "Into The Fire" and "Remember" dedicated personally to a couple of his longstanding fans during the intimate acoustic ending. My personal faves [aside from the "Get Up" tunes] were "Run To You" and "Heaven" with "It's Only Love" absolutely rocking the house [and this particular writer] right in the backyard of Bryan's Brummie pal, ELO maestro Jeff Lynne. This was a bostin' gig where nearly all got up and most went down rockin' ... a concert to truly "Remember". 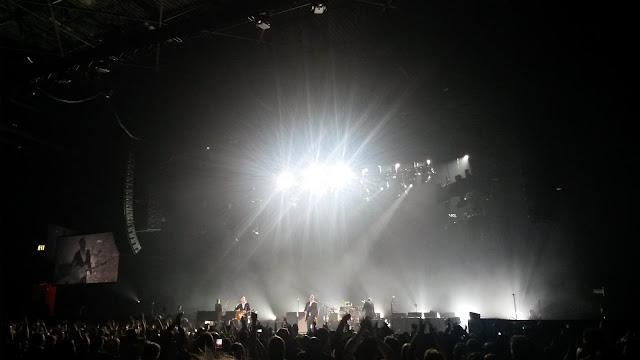 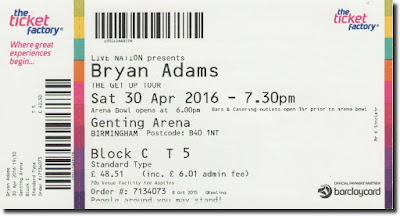 Find out what Bryan Adams is up to by visiting his official web site and these links thus:

ELO Beatles Forever [ELOBF] recommends "Get Up" by Bryan Adams to those enlightened folks who enjoy the music of ELO, Jeff Lynne, Roy Wood, The Move, The Idle Race, 'Brum Beat', The Beatles and related artistes.