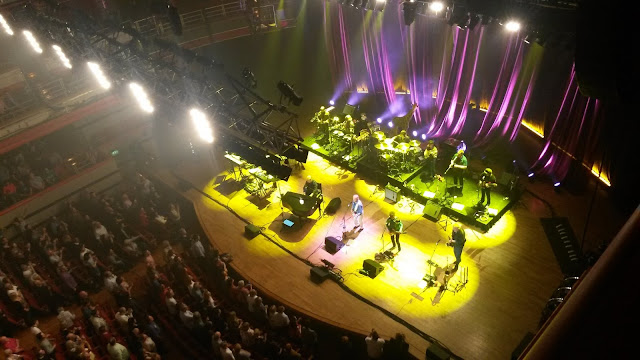 #1,115: Hello ... Hello ... my old friends ... It's great to see you once again! As soon as a tour was announced featuring Beach Boys legend Brian Wilson performing the whole of and "Pet Sounds" alongside Al Jardine and Blondie Chaplin for the very last time celebrating its 50th anniversary, Yours Truly KJS knew that this was a concert not to be missed. And a local date at Birmingham Symphony Hall on the night of Tuesday 17th May - within just one day of its release date in 1966 - seemed to certainly be written in the stars as far as this writer was concerned - especially from my lofty perch.

Any doubts about the fragility and health of one of the greatest songwriter, producer and musician of the 20th Century were swept aside as the Beach Boys co-founder sat centre stage behind his piano and charmed the 2,200 plus audience from the outset with a little help from his old friends Al Jardine and Blondie Chaplin as well as an amazing touring band who included Al's equally talented son Matt - complete with the familiar, loved trademark vocal harmonies of his father. 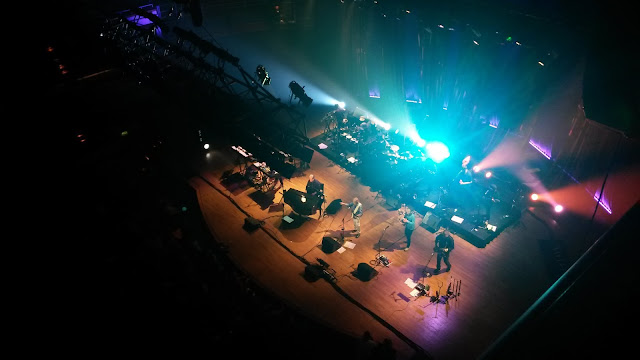 Brian - who has, of course, crossed paths with both Roy Wood, The Move and Jeff Lynne [who produced "Let It Shine" for his 1988 self titled debut album] in the past - had no trouble delivering the lyrics and sounds of a generation backed by these twelve magnificent musicians. The evening was, of course, dominated by the live performance of "Pet Sounds" preceded by a nineteen [19] song first set featuring familiar headline hits and many Beach Boys gems including "Heroes And Villians", "California Girls", "Don't Worry Baby" and a superb "Sail On, Sailor".

"Pet Sounds" was, as expected, truly an experience with "Wouldn't It Be Nice", "Don't Talk [Put Your Head On My Shoulder]", "Sloop John B", "God Only Knows" and "I Just Wasn't Made For These Times" delivered beautifully followed by a fantastic encore that began with the majestic "Good Vibrations" and ended with the fitting closer "Love And Mercy". One thought that kept crossing my mind all evening was that if I closed my eyes, I could hear movements and arrangements that much reminded me of the wonderful works of Roy Wood and Wizzard. You could tell, just by listening, that The Beach Boys are a major influence for the ELO co-founder and this was confirmed by this rather poignant tribute in the tour brochure.

My final thoughts? Multiple standing ovations and much applause aside, this was a gig that I'll not forget. Sat at his piano, literally just yards from Jeff Lynne's star on Broad Street, Brian Wilson gave us probably one of the last live glimpses of his five decade legacy. Bravo Brian! "Love And Mercy" to you.

ELO Beatles Forever [ELOBF] recommends Brian Wilson to those enlightened folks who enjoy the music of ELO, Jeff Lynne, Roy Wood, The Move, The Idle Race, The Beatles, 'Brum Beat' and related artistes.
Until next "Time" in the ELO [and related] Universe ... KJS ... 18-May-2016
Posted by Keith J Sinclair at 21:09