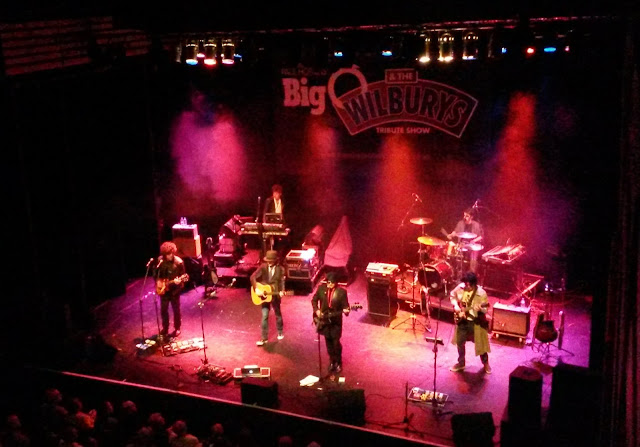 #1,115: Hello ... Hello ... my old friends ... It's great to see you once again! Presenting a Traveling Wilburys tribute show is unique and with it comes the problem of not only choosing which Wilburys classics to play but also what songs to select from each member of the Fab Five in a theatrical setting. A second trip to the compact and homely Artrix Theatre in Bromsgrove to see Paul Hopkins and The Roy Orbison & The Traveling Wilburys Tribute Show last night (Saturday 14th May) was therefore another must for Yours Truly KJS to see how the show had developed since their previous gig there last year in front of another full house.

And, on the evidence of this performance, these accomplished musicians have moulded themselves into a thoroughly entertaining - if not educational - act who give their audience a real taste of The Traveling Wilburys - with a twist! The 28 song set list featured most of the first album had a little more of an ELO flavour with "Sweet Talkin' Woman" joining "Mr. Blue Sky" and "Roll Over Beethoven" yet it was perfectly balanced with plenty of Roy Orbison, Tom Petty, Bob Dylan and George Harrison contributions also included, particularly those latter collaborations with Jeff Lynne on "Mystery Girl" and "Full Moon Fever". It was nice to see that "Runaway" was included and the bands association with Del Shannon mentioned again too. 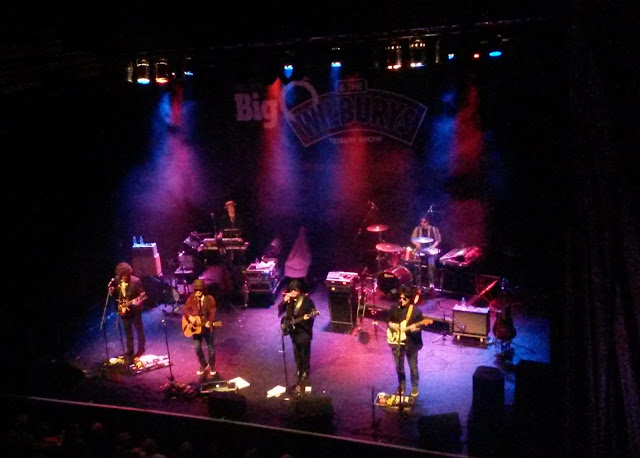 So what were my fave songs on the night? I loved the Dylan numbers and the delivery of "Tweeter And The Monkey Man" was ace. The Big O's "I Drove All Night" and "A Love So Beautiful" were fantastic. As ever, the feel good "Mr. Blue Sky" and "Here Comes The Sun" warmed the soul and all three TP solo tunes caught the eye too, especially an awesome "Runnin' Down A Dream". From the Wilburys perspective, the ageless "Handle With Care" was once again sublime and the nice touch of an empty rocking chair cradling a certain guitar during "End Of The Line" was a fitting way to cap another successful show. Go see 'em folks! 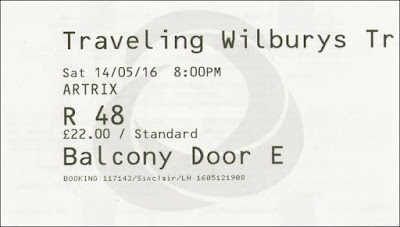 Find out what The Roy Orbison & The Traveling Wilburys Tribute Show are currently up to and where they are performing next via their official website thus:

ELO Beatles Forever (ELOBF) recommends The Roy Orbison & The Traveling Wilburys Tribute Show to those enlightened folks who enjoy the music of ELO/Jeff Lynne, Roy Wood, The Move, The Beatles, 'Brum Beat' and related artistes.
Until next "Time" in the ELO (and related) Universe ... KJS ... 15-May-2016
Posted by Keith J Sinclair at 17:33