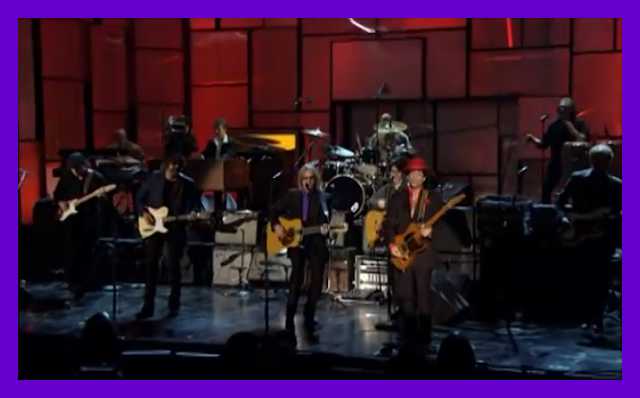 #1,101: Hello ... Hello ... my old friends ... It's great to see you once again! The shock of the unexpected and sudden passing of Prince Rodgers Nelson at the relatively young age of 57 is now travelling around the globe at breakneck speed. In the different spheres that Jeff Lynne and Prince travailed in, you would never have put these two musical giants together. Yet, twelve years ago, they shared the same stage for the Rock & Roll Hall Of Fame 2004 induction ceremony. The late, great George Harrison was, of course, posthumously awarded the honour that year with fellow Traveling Wilbury brothers Jeff Lynne and Tom Petty receiving it on his behalf.
What we witnessed was an astonishing glimpse of the guitar prowess of the man who had already given us "1999", "Purple Rain", "When Doves Cry", "Manic Monday", "Kiss","Raspberry Beret" (one of my faves) and many, many more gems in a career spanning over four decades. Fans of ELO, Jeff Lynne and George Harrison were won over in their droves and they continue to laud his magnificent performance and the immense talents of this master musician from Minneapolis on this, the most saddest of days. Yours Truly KJS and ELO Beatles Forever (ELOBF) today mourn the passing of the Artist who was known as Prince.
Until next "Time" in the ELO (and related) Universe ... KJS ... 21-Apr-2016
Posted by Keith J Sinclair at 19:52